29 May Vikings Rugby Support the Salvos

Posted at 13:41h in Uncategorized by Vikings Rugby
Share

Sunday 27 May saw some of the Vikings finest support their community by hitting the streets of Tuggeranong to support the Salvos with this year’s Red Shield doorknock Appeal.

The Vikings helped collect in excess of $1,000, which was gratefully accepted by the Salvation Army Tuggeranong Corps. Club stalwart Greg Hayes topped the list with $169.50 and won the $100 gift voucher.

Well done to the following Vikings players and supporters that gave up a couple of hours of their time on Sunday to collect for a great cause:

All were treated to a great spread following their round and didn’t go away hungry. Thanks to Dave and Jo Paull for hosting everyone! 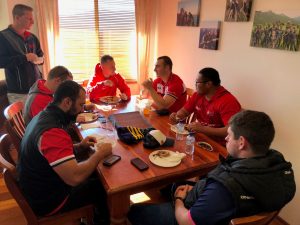 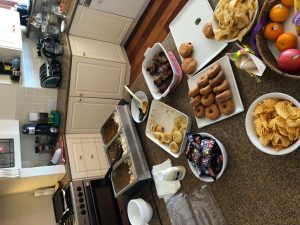 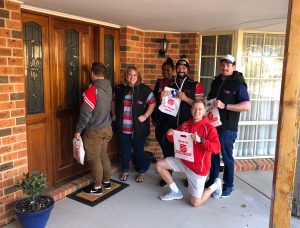