A collection of stories from Vikings past and present, on what it means to them to be a Viking.

“I have been a Viking for 14 years and I wouldn’t play for any other club in Canberra. The mateship, camaraderie and the collective culture of playing hard, exciting, running rugby is what is means to me to be a Viking. It also helps that collectively as a club, our performance speaks for itself. One of my favourite things is to sing the club song when we win. Sends chills up my spine every time! The photo is one of my proudest moments in my life – the 2004 GF.” 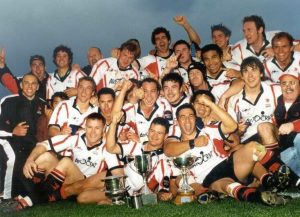 “2018 marks my 8th year being a senior player at such an elite rugby club, it’s one of my greatest achievements in life to be able to call this club my home. The club has done great things for me, physically and mentally – no matter what grade you play everyone is so close and is happy to help out anyone in need. No matter the issue we always get through it – together! My family is always welcomed each week by a big hug by both players and coaches so we are always made to feel like family. I have been lucky enough to forge life long friendships and great memories that I will hold forever. No matter what’s happening in life Vikings rugby is always there for ALL its players / staff / volunteers / family members and for that, anyone who gets to pull on the mighty red jersey week in week out should consider themselves very lucky. From pre season camps overseas to winning grand finals to the zoo after each home game, nothing beats the feeling of playing for this great club on a Saturday and being able to celebrate another round with your team mates. Here’s to a few more years with my brothers and sisters at Tuggeranong Vikings.” 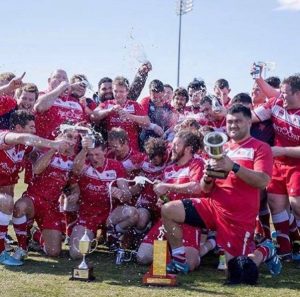 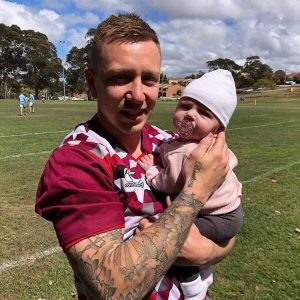 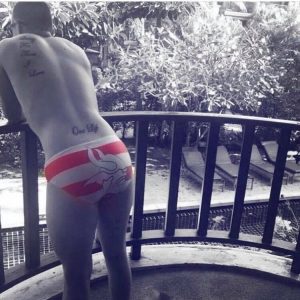 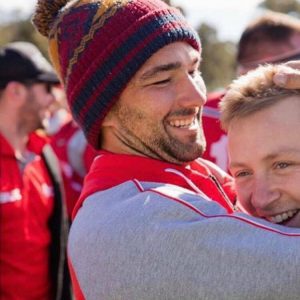 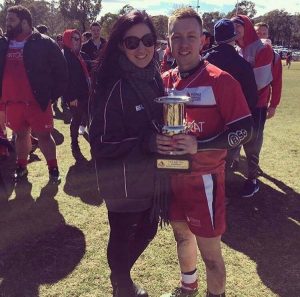 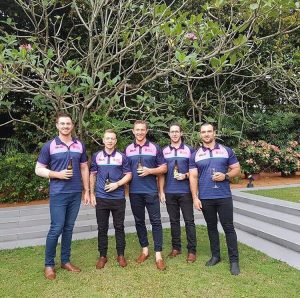 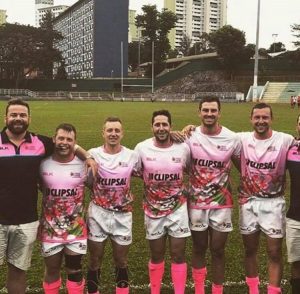 A perfect example of the bonds that can be made through Rugby – several Vikings old boys are enjoying Rugby retirement on the Sunshine Coast but still find the time to catch up and reminisce on their past successes. The five men pictured (L to R in the picture below) are Paul Wilkins, Graeme McIntosh, Chris Hickey, Terry Crane and Mick Reyn – between them, they have 643 Vikings caps. Paul was a long time servant of the Club who was heavily involved with Junior development. Graeme played 115 1st Grade games and featured in several premierships. Chris Hickey coached the Club for 6 years and won 4 1st Grade Premierships. Terry is one of the original Vikings and has contributed massively to the Rugby Club, previously serving as President. And Mick Reyn was a long time 1st Grade Manager who was also a great servant of ACT Rugby. The group catch up with several other Vikings that are living on the Sunshine Coast now, too. 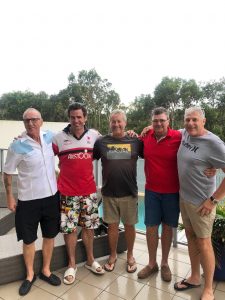 I would like to express my gratitude and appreciation with having one of the senior players help out at Vikings Juniors Gala Day in 2019. Joe Langtry, you’re are a true gentleman. Your help and assistance throughout our games was truly awesome – from all of us at the Juniors we thank you. 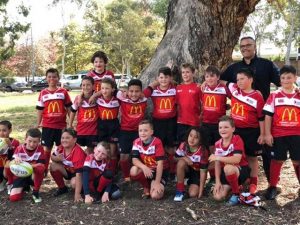 Just thought I would pass a bit of feedback from Saturday at the 2019 Vikings Junior Gala Day. The Vikings Under 8’s were fortunate enough to have Ben come down and assist them with their games at the junior’s Gala Day. I mentioned to Brendan Allardyce (Senior Club President) on Saturday that I was told he did a great job with the Kids and this has since been reinforced.

From all reports he was really engaging, offered plenty of helpful advice and has probably earned himself a little fan club going forward.

So thanks for sending him down and we would love to see him again if his commitments allow. 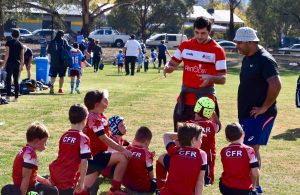 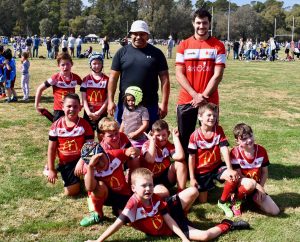 From Jen Maskell, whose son Hayden participates in the Modified Rugby Program (MRP) hosted by the Club:

I just had to message you a big thank you tonight.

Hayden had a great time at his first training session with his Tuggeranong Vikings MRP team tonight and so did Pete. I loved hearing Hayden talk about his coach, Ben, and how he loved running best of all. Then Pete talking about these amazing play-mentors who were apparently better than any of the trained educators at school – right from this very first session – at building relationships, supporting and helping their team follow instructions.

I’ve always wanted Hayden to share his dad’s love of rugby and to be able to play with a local club – and I’ve tried clubs before – but now he finally has that opportunity thanks to your amazing hard work. Thank you.

Pete told me a touching story tonight. A young fella ran up towards Pete exuberantly and knocked Pete’s sunnies off his shirt. The parent immediately apologised profusely & of course, Pete wasn’t at all fussed & assured her it was no drama at all. I said to Pete for some of our families – this might be the first place where they find they don’t have to constantly apologise to not just the other families, but the club. That’s special. That’s understanding. That’s inclusion 🙂