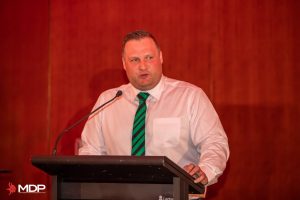 Games Played for the Vikings: 191

To give something back to the Club and there are not a lot of people who put their hand up for treasurer.

The lifelong friendships formed and the great Club culture.

After playing Rugby for 15 years winning a grand final in 2010 with some good mates was something special.

You’ve been on international Rugby tours, bus trips to Young and spent a fair bit of time with Andrew Dickson and Grant Lukins down in the Zoo. What’s the funniest story you have from your off-field escapades?

A good tourist will never tell (Mainly because I am sure they would have some stories on me!). Although I do have some stories from America and Cobar I could divulge, but you will have to come and ask me about those.