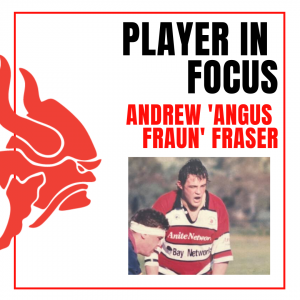 Games: 108 (49 in 1st Grade)
–
Your Favourite Memory as a Viking?
I played in Grand Finals every year at the club but treasured the ’95 Houdini 2nd Grade Grand Final and then ’97 with 1st grade, and ’98 was immense with 4 premierships across the Club. I recall drinking at Royals Club in Weston after these GF’s and we were paging “Mr John I Dent” to reception please “ – never got old that phone call.
Being in the Zoo for 3 days+ has many memories, too. Byron Bay 7s bus trip & Bali were also highlights…
–
The Best Viking You Have Played With?
So many amazing players it’s a travesty to single them out, but Radike Samo in ’98 was freakish. That whole season the club was filled with great players.
–
The Best Viking Off the Field?
If you had Geoff & Daryl Adam, Eddie Zammit, Paul Harnett, James Combe & Matt Smith you were guaranteed to see the sunrise…again many legends in this category.
–
What are You Doing Now and Where do You Live?
I just finished 19 years in the police & live at Lennox Head, NSW. I’ve been coaching the last 3 years with Chris Hickey and now I’m assisting Brenden Jones – great Redmen themselves. Still loving my rugby dearly.
–
Why do You Love the Vikings?
It’s part of my DNA – I learnt about success, culture & mateship. The Club provided me direction and set me up as a pup. I actually did my Uni thesis on the club’s history. I still have a huge gratitude for TVRUFC.
I’ve been absent for many years but so often reflect & connect with members. I was there recently for a family function and had chills & tears of joy walking around the place.
I look forward to the John I Dent returning soon! 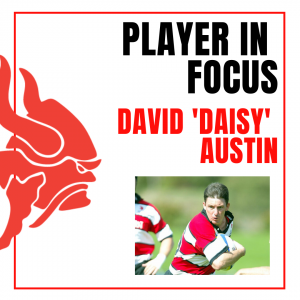 Position: Wing
Date of Birth: 01/12/1970
Years with the Club: 1992-2005
Games: 216 (95 in 1st Grade)
–
Your Favourite Memory as a Viking?
I have many favourite moments – First Grade Premierships, ACT Try scoring awards, scoring the first try ever on Viking Park, scoring my 200th try in my 200th game and scoring 49 points in one game against Uni/Norths in 2003. Too many great stories to mention, but I remember in first Grade in 1994, against Wests at Jamison, a new 18 year old kid named Joe Roff was playing and the ball went into the dead ball area. I screamed for him to ground the ball…before he dummied the grounding, stepped around the chasing player, chipped over the top of another, regathered and ran the length of the field to score! Freak!
–
The Best Viking You Have Played With?
Plenty to name here with sheer ability – Andrew Obad, Joe Roff, Jannie Breedt, Manny Edmonds, Radike Samo, Kai Brownlie. However, I loved playing with my brother Jeremy and have many memories playing together. I would have scored more tries if he didn’t hog the ball all the time!
–
The Best Viking Off the Field?
Can’t go past Andrew Fraser – a great Vikings clubman, mate and character!
–
What are You Doing Now and Where do You Live?
I am a School Principal at Good Shepherd Primary School, Amaroo, married to Katherine and have four children. I am still playing Oztag at state and national level and compete in Masters Athletics in sprinting. I live in Canberra in Weston Creek.
–
Why do You Love the Vikings?
I never played any type of football until I was 21 years old, when my Uni mate, Nick Scrivener, convinced me to play and took me to training. The club has given me so much in friendships, memories and achievements that will be with me forever. I look forward to the Hagar’s Day each year to catch up with ex-players and cheer on the current crop. I will always be proud to be a Viking!