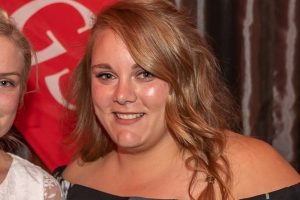 Games Played for the Vikings: 63

This year will be my 10th season for the ViQueens. I have been a part of the Committee for the last 3 years.

A phone call from the old boys, I didn’t even know what the Committee was!

The culture and being part of a family on and off the field. The support from not only your team mates and your teams coaching and management staff but every player, coach, management and volunteer at Vikings.

Getting the elusive premiership win in 2018 for the ViQueens after a very tough 3 years of always being the bridesmaid, never the bride.

Women’s Rugby has come along in leaps and bounds in recent years. What does it mean to you as a player to see women being afforded opportunities in Rugby such as the Brumbies Super W pathway?

Being involved with Rugby since 2007 and seeing the sport grow for girls and women is great. When I first chose to play Rugby after a school gala day (which was coached by Trendy) when I was 16, my only choice to play Rugby was with the Women’s team. At 16 it was quite intimidating, but it was the best decision I ever made. From then until now seeing the gala days and tournaments for U14, U16 & U18 girls is great and a fantastic lead in to the Women’s Rugby and the Super W program which was introduced in 2018. To see Women being treated as semi-professional is something some of us ‘old girls’ thought would never happen. But it is happening and it’s exciting to see where it is going to go next (who do I speak to about matchies?).