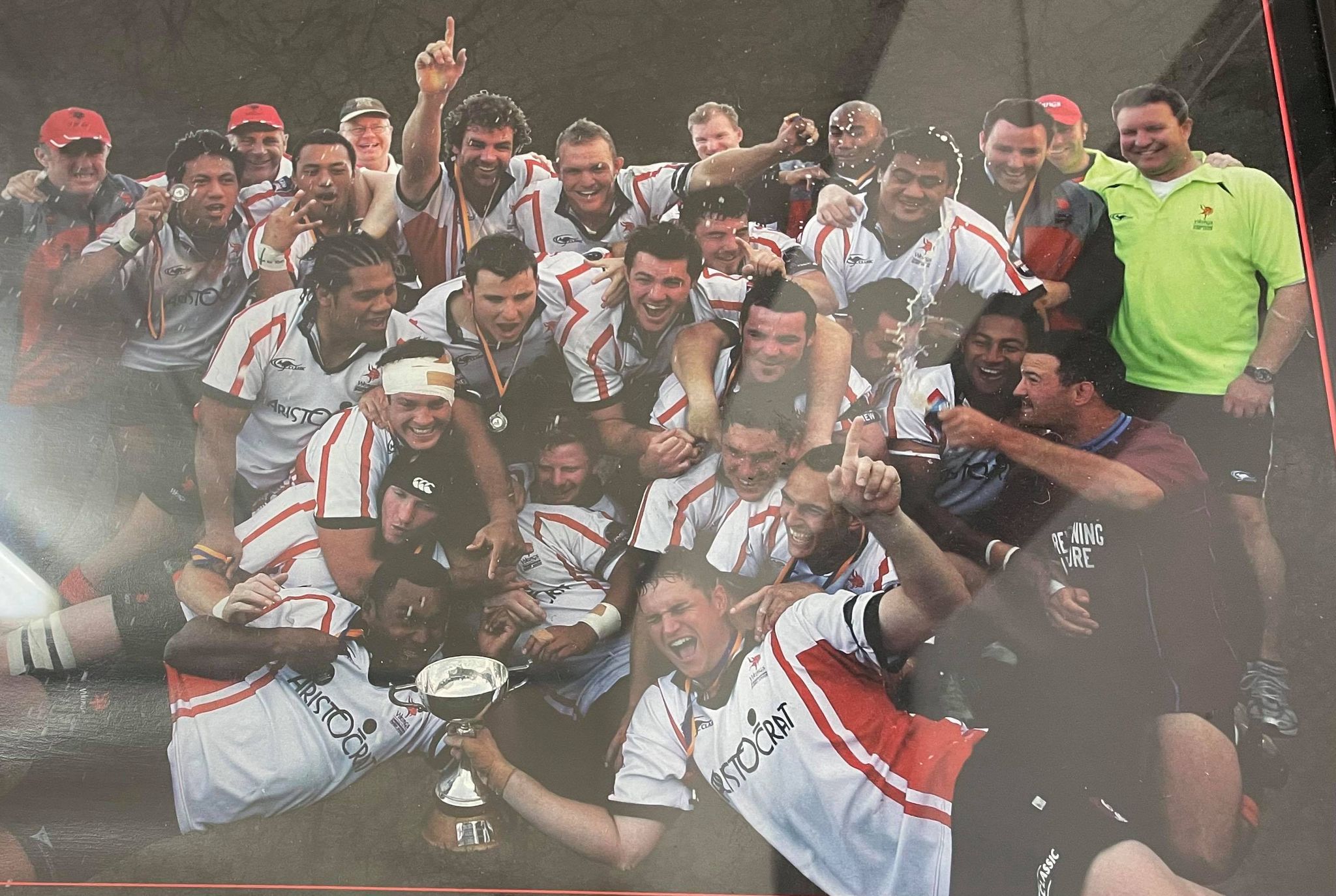 Posted at 14:06h in Uncategorized by Vikings Rugby
Share

At our 2021 Hagar’s Day, we will celebrate our 15 year anniversary since the Vikings 1st Grade side won the John I Dent Cup in 2006. We asked former coach Baden Stephenson to recount the victory and the season that led to the Vikings claiming the ultimate prize.

Remember to purchase your tickets to this year’s Hagar’s Day by clicking here.

It can’t be 15 years since the 2006 1st Grade team ensured ‘Johnny’ was safely locked away in the zoo trophy cabinet. I have many fond memories of 2006 – good footy, good lads and good times! Not long after being appointed coach that season I remember one afternoon at The Eddie Weatherall building where the great Trendy & I were able to talk Graeme ‘Sangers’ McIntosh out of retirement and Isi ‘Bula’ Ratulevu to cross from the Gungahlin dark side of town. It was like Graham Henry welcoming Brad Thorne and Joe Rokocoko into All Black camp. Both of us knew that this duo would be massive for us and they didn’t disappoint!

The 2006 team was a quality mix of local legends Nayls, Turtle, Kev Peterson, Sangers, Spud, Rock, Brewy, Marty, Mokas, Joey Matthews & Timmy Curran with some quality experience in Emile, Welly and Beau Dunley, some youthful class & character in Masi, some serious X factor in Isi, Franky Fainifo & Timmy Cornforth and some first class returning representative talent in Jules, Whitey, Johny Ulugia and Christian. We played Gungahlin in the GF and beat them 39-19. The human metronome Emile Wessels kicked 7 from 7 from anywhere in the half and we scored a couple of nice team tries. Gungahlin had a few hard heads in the pack and some strike in the backs but the Vikings played smart finals footy and lead from start to finish. It was a special day for the Club as Colts and 2nd Grade secured some silverware earlier in the day to make it a day to remember. From memory 1st Grade only lost the one game during the season which was a two point loss out at Queanbeyan and were disappointed not to emulate the 1998 undefeated season. One of the things I tried to do that year was engage the old boys and I remember Daisy, Assman, Scriv, Evo, Browny, Moorey, Daryl, Shonky, Marty B, Ogre, Morro, Jonesy, Horse, Pete Williams et al doing a mentor assessment on the players, sharing a couple of beers in the changeroom and keeping a close eye on the next generation of Redmen.

One of the ‘all time greats’ Greg Hayes was the Team Manager that season and he ensured we were super organised, we always supported the lower grades, enjoyed the wins, respected the opposition and built a great culture that everyone felt comfortable in. Truth be know he probably coached the team as well! Dave Palavi was assistant coach – what a wonderful Erindale College product, quality person who played a lot of rep rugby and was passionate to help others. Scriv tells me all of the Brumbies Redmen give back a lot to the Club every time they have an opportunity – which is so good to hear!

Last year when I was fortunate enough to attend the Presentation night I was so pleased and proud to see so many of the people giving back to the Club by putting their hand up on the Board, coaching, managing, Red Army or continuing to volunteer their time. A number of the players in the 2006 won more premierships, played professionally – locally & internationally, moved on with their lives but I am sure would all look back on this season with terrific memories of the shared experiences, fantastic Club environment and the friendships made.

Have a great day and Go Vikings!