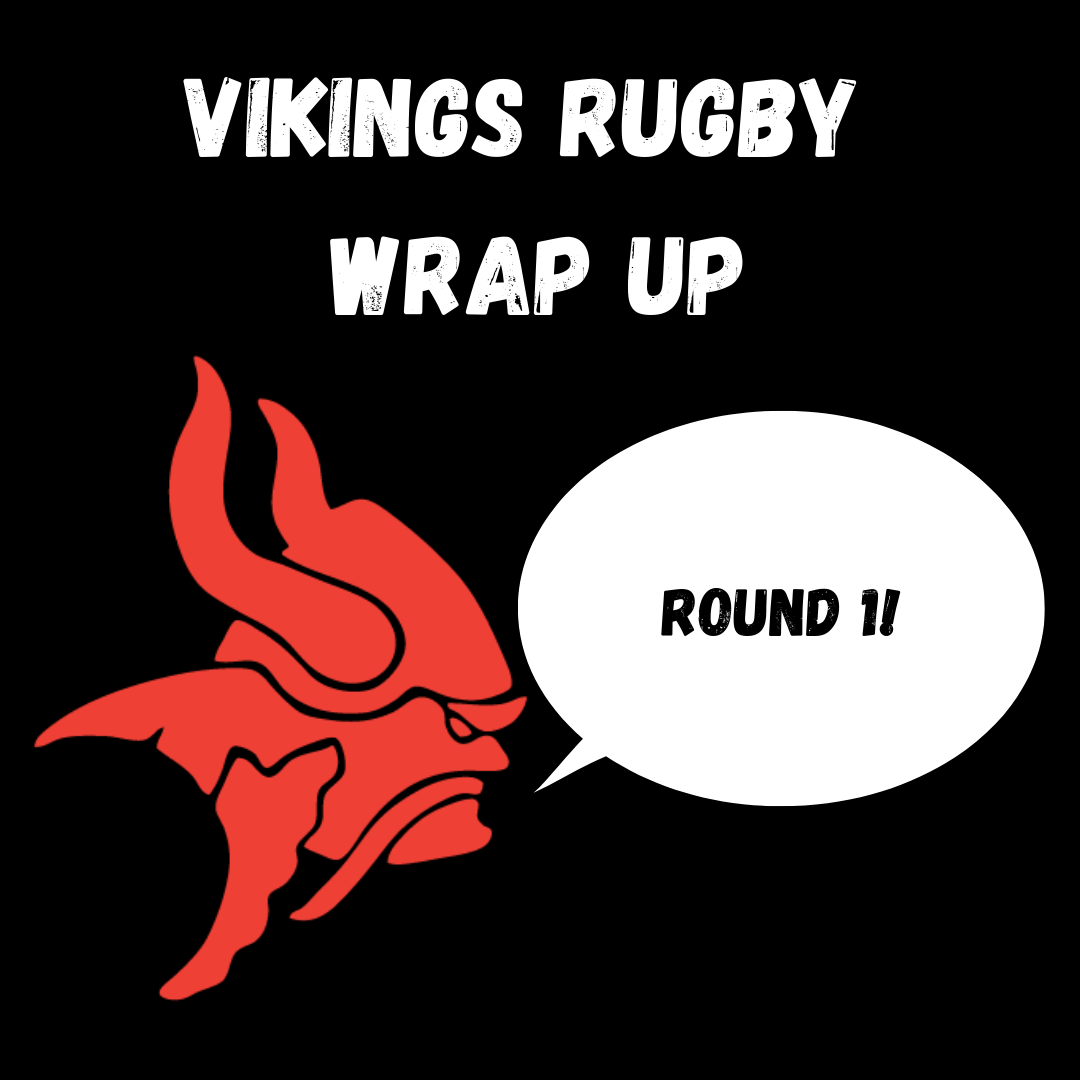 Posted at 14:40h in Uncategorized by Vikings Rugby
Share

And just like that, Round 1 has been and gone! It was a great start to the year for the Vikings, who went 4 from 4 in their first official games for the year against the Queanbeyan Whites. 3rd/4th Grade played out a friendly match with Queanbeyan and Goulburn, as they look to finalise their preparation for their first round game on the 1st of May. With the sun turning one on, the pork sandwiches flying out the door at the Red Army and the players putting on a spectacle on the pitch, we’re sure you’ll agree it was one heck of a day at Viking Park.

The Colties officially kicked off the 2021 Season with a bang, taking down last year’s Colts premiers the Queanbeyan Whites. It was great to see all the new Vikings take the field for the first time in Red. The Vikings were the first on the board, through a try from Flyhalf Ryan Hoare at close range. Ryan was superb throughout the match, directing the flow of the game from 10 and showing off his crafty skills. He was joined by Inside Centre Ethan Makaua-Farani as the best in the backline, Ethan carrying his 2020 form over with a bulldozing performance. Both teams were matched for tries scored at the conclusion of the match, but it was the booty of Josh Story and Tommy Lachlan that got the Vikings over the line. There is a lot of potential in this Colts pack, and we can’t wait to see their development as a squad and as individuals as the year progresses. Vikings 23 – 12 Whites.

The ViQueens enter the 2021 Season with a mix of old heads and fresh players, and the combination appears to be a winning one. Club debutants Peggy Stacey (put her name in bold), Molly Carr, Teliya Hetaraka, Makayla (Mac) Morris and Lily Hawthorn all had an excellent crack on the weekend, while the return of guiding hands Zoe Podmore, Michaela Leonard, Tayla Stanford and Amber Ohlsen proves that this ViQueens side have enormous potential. The girls took a while to find their groove, playing out a first half of footy that saw them head into the sheds with a slim 5-0 lead. There were plenty of opportunities for the girls, they just needed to capitalise. Tayla Stanford made her return felt, the former Super W Player of the Year putting in a typical bruising shift from Prop. Mac Morris had a nifty game at Fullback, showing pace and strength in open field play to put the ViQueens on the front foot. And Teliya Hetaraka showed us why the hype is real, putting on a clinic from Inside Centre. The second half was all ViQueens, the girls stacking on 4 tries to put the Whites away. The girls will take a lot of confidence from this match. ViQueens 31 – 7 Whites.

On a beautiful day for running Rugby at Viking Park, the Dirty Twos did just that, scoring 6 tries to 1 against a spirited but outclassed Queanbeyan Whites. Much to the dismay of every forward reading this report, it was the backs who dominated the game for the Vikings, scoring every try for the Red Men. Kieran Reilly had a career game, claiming 2 tries and showing that his year away playing gridiron has only improved his play. Super-sub Josh Southwell-Nobbs scored his third try in three games since joining the Club, and Mr Reliable Jack Evenden iced 4/6 with the boot. The addition of Prop Liam Bilston has been a welcome one, the mobile forward adding an extra dimension to the Vikings pack. It was all smiles at games end for the coaches and managers, and great to see 2nd Grade notch their first win for 2021. Vikings 38 – 5 Whites.

The stage was set for 1st Grade to cap off an undefeated day at Viking Park, and the boys did just that. The Vikings line up featured run on debuts from Junior Wallabies squad members Remsy Lemisio and Patty Maka, who were keen to make their mark in the top grade. The Red Men dominated much of the opening quarter, but were unlucky not to have a few tries on the board off several opportunities. Injuries to Rod Iona and Lukey G compounded things for the home side, but some smart sniping from captain Seamus Smith resulted in a well deserved try, Isaac Thompson converting. Cameron Holt and Andrew Robinson provided some dominant go forward and crunching defence, taking the Vikings into the break with a 10-0 lead. The Whites struck first after halftime, scoring a converted try to narrow the lead. But a rampaging try to Jack Wright steadied the ship, and put the Vikings on a roll. Tries to Andrew Robinson, Trai Henderson and Patty Maka put the icing on the cake of an excellent day at Viking Park, and put 1st Grade in the win column to kick off the year. Vikings 36 – 7 Whites.

That’s a wrap for Round 1.  Next week, the Club heads out to Jamison Oval to take on Wests Rugby Club. 1st Grade, 2nd Grade and Colts will face the Lions, with 3rd/4th Grade combining again for one final friendly match. The ViQueens have a Bye. Stay tuned to our social media and website for information on game times! 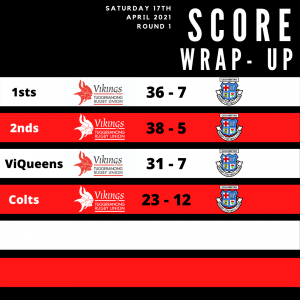