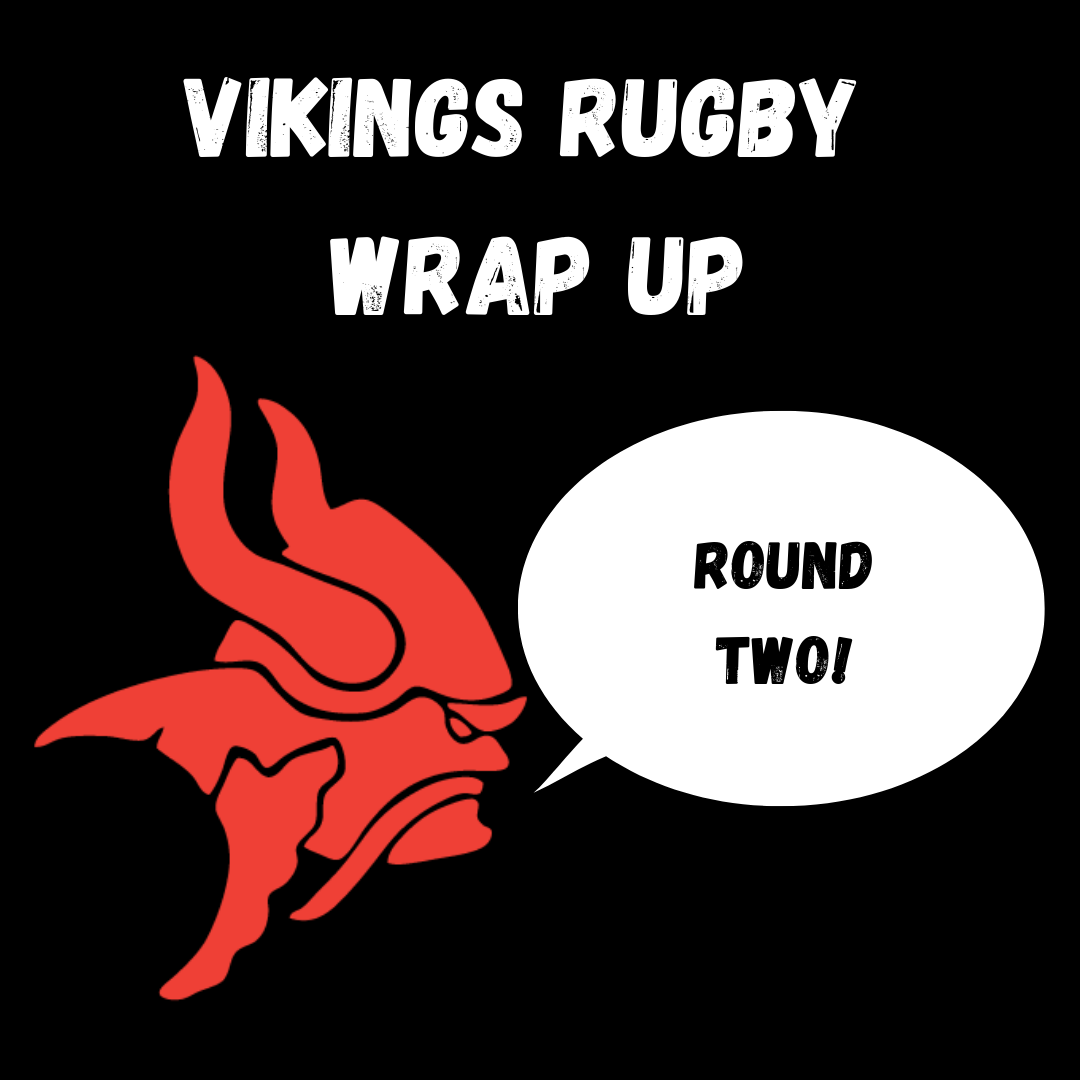 Posted at 13:30h in Uncategorized by Vikings Rugby
Share

Another positive weekend of footy for the Vikings, who took on the old foe Royals Rugby. Once again, no crowds were permitted into Viking Park, however the support from our Vikings community was felt over the live-stream and those who sat behind the chain link fence to cheer us on. Thanks, team!

A great weekend for our Gen Red boys and girls, who went 4 from 5. The Vikings Girls Red team are currently undefeated!

4th Grade got the day started at Viking Park with a great display of Rugby. The game itself was a struggle for both teams, as one would expect from a Red vs Blue match. The Vikings took the lead in the first half 14-0, after some fantastic play from Colt-aged Centres Ethan Makaua-Farani and Tupou Lolohea. Ethan had some barnstorming runs to set the Vikings a nice platform to attack from, and Tupou capitalising on the front foot ball with some slick running lines to nab a meat pie. That’s 3 tries in 2 rounds for Tupou, who has also gone 3 from 3 with his try scoring celebration. Royals would score a double in the second half, however the Vikings were able to extend their lead and come away with victory. The highlight of the day was the doctors strapping Freddie Pitasi to look like the Phantom of the Opera after a nasty face plant, and the return of two Vikings players whose names this writer is unable to recall – one was a jolly Englishmen, the other possibly Callum Smith’s/Emily Sogal’s older brother. Vikings 24 – 12 Royals.

3rd Grade had a slower start to their match, which unfortunately they weren’t able to bounce out of. Royals scored two tries in the first half to take an early lead. Some bone rattling defence from Khalil Waiariki-Wilson, Professor Pratt and Will ‘Rocky’ Lerche helped the Vikings pick up their aggression and keep themselves in the match. The Vikings opened the scoring in the second half after regaining the ball from the kick off, and after a dominant scrum on the Royals line Peni Nifo crossed over. Dan Uilelea was busy as usual, threatening at ruck time and notching up a solid tackle tally. From all reports, though, it was Professor Pratt that led from the front with his energy, and had it not been for physio Kate Wafer finding his boots and kit bag Ben might not have even taken the field on Saturday. It was a scrappy, physical encounter, that of course is typical between these two sides. But it was Royals who managed to win the battle on defence and take the W. Vikings 10 – 32 Royals.

The ViQueens played their first match of 2020 on the weekend, with Coach Petersen sweating on some last minute call-ins who bolstered the girls numbers. The ViQueens had several debutants in Jeniah Vaana, Chloe Ives and daughter of Club stalwart Peter Chapman, Sophie Chapman, who were solid in their first appearance. The girls held strong for the first half of the match, with Ema Masi continued her form of recent years with a dominant display from the Backrow, and Gab Petersen’s development into a promising young Centre was evident for all to see. Zali Waihape-Andrews scored the only ViQueens try, the girls unfortunately unable best a strong Royals outfit. The ViQueens will take a lot of positives from their return to competition. ViQueens 7 – 29 Royals.

The Colties opened game play for Field 1, taking on last year’s Grand Finalists from the division in Royals. It was a tight game to start, with Royals taking the momentum early to put the Vikings on the back foot. But after some sustained pressure in defence saw the Vikings wrestle back control, a beautiful long ball from ‘Centre’ Willy Mariner saw Liam O’Sullivan cross for the first try of the match. A lovely snipe from the base of the scrum gave Aedan Billiards his first points of 2020, while country kid Nick Wald chimed in before the half with a try to go into the sheds with a 19-13 lead. The Vikings struggled in the second half, allowing Royals to come back and keep the game within reach. But the Vikings held on, taking the first scalp in the Premier Division against Royals for the day. Not the Colties best outing, but a win on the board is still a positive. Vikings 24 – 18 Royals.

The Dirty Twos will be kicking themselves for not taking a golden opportunity to get one over their rivals. The Vikings had a very slow start to the match, their only points in the first half coming through a try to Jeremy Mututu. After a rev up from Coach Going at half time, the Vikings came out and shifted the momentum through their powerful forward pack. Sua Tonga’s return to the Club has been greatly welcomed and paid dividends on Saturday, the big Flanker asserted his dominance throughout the match. 2nd Grade GOAT Richard Joyes was also great, and was the beneficiary of a fantastic Vikings maul that allowed Joyesy to score and put the Vikings in front. Up 19-18 with 2 minutes to play, the Vikings gave away a penalty 40 out in front of the sticks. To the Vikings delight, the Royals kicker hooked the shot at goal. However, following a line drop out, Royals were able to maintain possession and secure another penalty, this time 20 metres closer from the same position. The Royals kicker wouldn’t be denied a second time. The Dirty Twos have some great talent in their midst, they will just need to put that talent on display every week to progress in what is looking to be a tight 2nd Grade competition. Vikings 19 – 21 Royals.

Although it should have been no surprise that this game would be a physical encounter, the play on both sides of the ball from both teams was great to watch. The Vikings were forced to put in a huge defensive effort at the start of the match, with Royals holding on to possession and threatening the Vikings 22. The Vikings held strong, though, not giving an inch to their adversaries. After some outstanding defence, it was the Vikings who drew first blood, through the boot of Isaac Henry who nailed a 40m penalty kick. Isaac went on to have an outstanding game all across the park. The Vikings were next to score – Tom Hooper, who also had a terrific game, had a strong carry to put the Vikings within 5 metres of the line. Some quick ball allowed Callum Smith to show his deftness of hand with a nice tip to Cooper Taekata, who crossed untouched for the Vikings first try. Another great passage of defence by the Vikings followed, with Royals being forced to try and chip over the top of the Vikings line, only for the ball to be charged down and collected by Lukey G who ran 60 metres to score. Royals would notch their first try just before the break, but the Vikings well and truly had the game in their grasp.

The Vikings started the second half where they had left off – after some sustained pressure in the Royals 22 off a regathered kick off, Isaac Henry bagged a meat pie following a wonderful scrum to extend the lead. The solid defence continued, with notable mentions to Maxie Ravouvou who spoke more words in this game then the four years this writer has known him and Tom Hooper who was monstering blokes left right and centre. Perhaps allowing a little complacency to creep in, the Vikings began playing some frantic football in attack and were unable to build much continuity in the second half. As has become typical of a Royals 1st Grade side they started to claw back and close the gap, bringing the match within two scores with less than 2 minutes to play. But the Vikings did what they had done the entire game, and defended astutely to close out the match and take victory in the Grand Final rematch. A special mention to Winger Jeremy Mututu, who made his 1st Grade debut, as well as Tom Hooper who made his 1st Grade run-on debut, although from the way he played you could mistake him for a veteran. Vikings 34 – 26 Royals.

And that’s a wrap for Round 2. Next weekend the Vikings Men’s teams take on the Gungahlin Eagles out at Nicholls Enclosed Oval, while the ViQueens head up the Hume to face Goulburn. Stay tuned to our social media and website for game times! 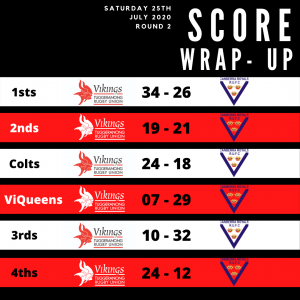