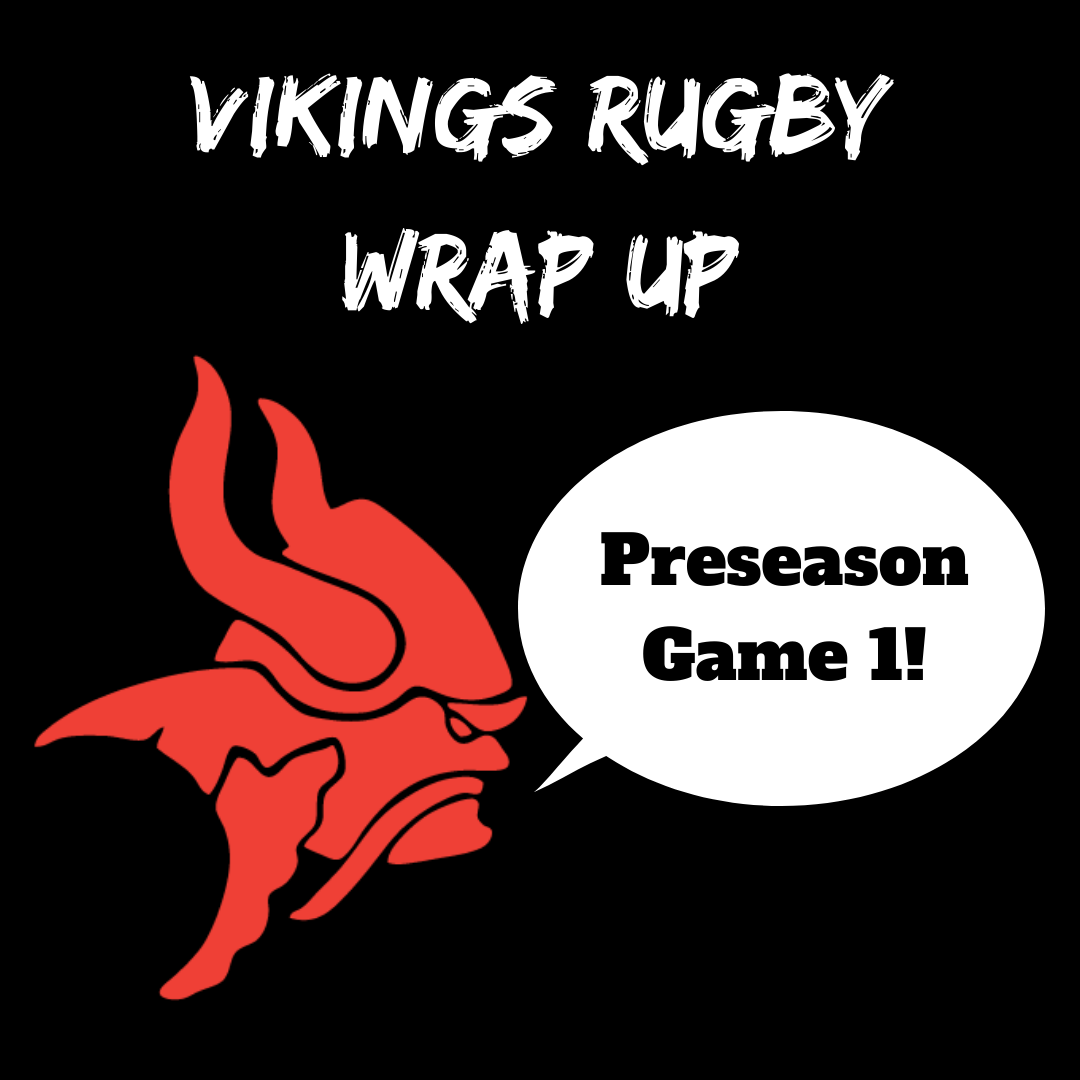 Posted at 14:04h in Uncategorized by Vikings Rugby
Share

How good it is to have Rugby back on Saturdays! We had our first full-Club trial over the weekend against the Gungahlin Eagles, coming away with 3 wins from 5 games. There are a lot of new faces to the Club in 2020 so the trial was a good opportunity for some new combinations to gel, as well as work out the cobwebs from the offseason.

A combined 3rd & 4th Grade side kicked off the day on Field 2 at 10:55am. The Vikings side featured a mix of Colts players with some 4th Grade staples such as Owen Barker, Jack VL and Nathan Lumley. Unfortunately, the Vikings were put on the back foot early by an experienced Gungahlin pack, who were quick to score off the kick off after an impressive attacking set. It didn’t get easier for the Vikings, as Gungahlin dominated possession and were aggressive in defence, keeping the Vikings from mounting a comeback. Despite this, new Vikings recruit Danny Taupau, who only 10 minutes before kick off strolled into Viking Park asking if he could have a run, displayed some slick ball playing that earned him a call up to the Colts bench. It was a rough opener for 3s and 4s, who will benefit from the beginning of the season proper when some veterans return to the Club to boost the sides. Vikings 0 – 61 Eagles.

The Girls took on the Eagles in a 7s format, as both squads look to lock down their numbers for 2020. There were plenty of new players in the ViQueens side, but that didn’t stop them from turning in an impressive Preseason performance. Building off the success from the 7s season just gone, the girls made light work of their counterparts. The experienced Stef Stewart-Jones led from the front with some hard hitting defence, joined by Eliza Leuluai who was equally as tough. Lauren Freeman continued her impressive run of form with some solid carries and a try to match, while excitement machine Paris Robinson made a cameo and crossed over for several meat pies. This was a positive team performance from the girls, who are looking the goods under new Head Coach Duane Petersen. The ViQueens will enjoy the return of their Super W players who will only bolster an already exciting squad. ViQueens 42 – 15 Eagles.

The Colties opened proceedings on Field 1, featuring quite an imposing squad. The Vikings had a nice start to the game but struggled to find their rhythm – although they showed glimpses of good football, it was a typical trial match. There were several players who stood up and impressed. Ethan Makaua-Farani was a wrecking ball at Inside Centre and will surely feature as a reliable crash-ball option throughout the year. Giant lock Duane Willemsen got through a mountain of work, notching double digits in carries with some good yardage, too. Willy Mariner had an impressive debut in senior Rugby with a barnstorming performance from No. 8, while Darcy McLeod enjoyed his first game back with the Club by leading the side. This young Colts side will hugely benefit from more time together – there is plenty of talent and the team has already developed a strong cohesion. Unfortunately, they just didn’t get the chocolates in their first run around together. Vikings 14 – 21 Eagles.

In their Grand Final rematch, the Vikings put in an impressive stint to right their wrong of 2019. The Dirty Twos looked like they hadn’t missed a beat since last season, despite having an almost completely different squad. The Vikings defended their line well, only allowing the Eagles to cross for one try. JD Lealiifano, who joined the Club after finishing school in 2019, was outstanding on both sides of the ball – the Colt-aged flyhalf showcasing his impressive ball handling skills while also fronting up in defence. There were a lot of players in this 2nd Grade side who firmly stuck their hand up for 1st Grade honours, creating some healthy competition across the board. The coaches were impressed with the performance of their side and will look to continue this form heading into the Club’s final Preseason match this coming weekend. Vikings 19 – 5 Eagles.

As was the theme of the day, plenty of players stood up for 1st Grade against a strong Gungahlin pack. The Vikings looked like the same team that went all the way to the GF in 2019, playing at a quick pace and working hard on and off the ball. Seamus Smith controlled the pace of the game superbly, delivering quick service and having several smart snipes around the ruck. A neck injury to prop Jake Simeon put a holt to the Vikings momentum slightly, putting the game into a tit for tat exchange with each side touching down for tries on both sides of half time. However, the Vikings fiercely defended their territory and were able to seal the win. Kerry McInerney played like a man possessed in his first game of Rugby in 18 months, while the centre pairing of Trai Henderson and Hunter Davis directed the flow of the game well and made some smart decisions in attack. The Vikings will take a lot of positives from this match heading into the season, and we’re certain our first match against the Eagles in Round 4 will go off like a cut snake. Vikings 21 – 17 Eagles.

That’s a wrap for our first Preseason match – as it stands, we will face Wests Rugby in our final Preseason match this Saturday the 21st of March at Viking Park. Please stay connected to our social media channels for any updates on our games scheduled for next Saturday. 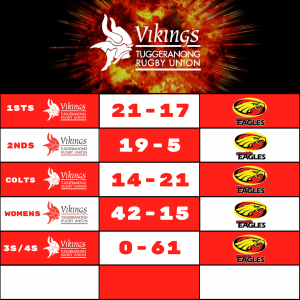