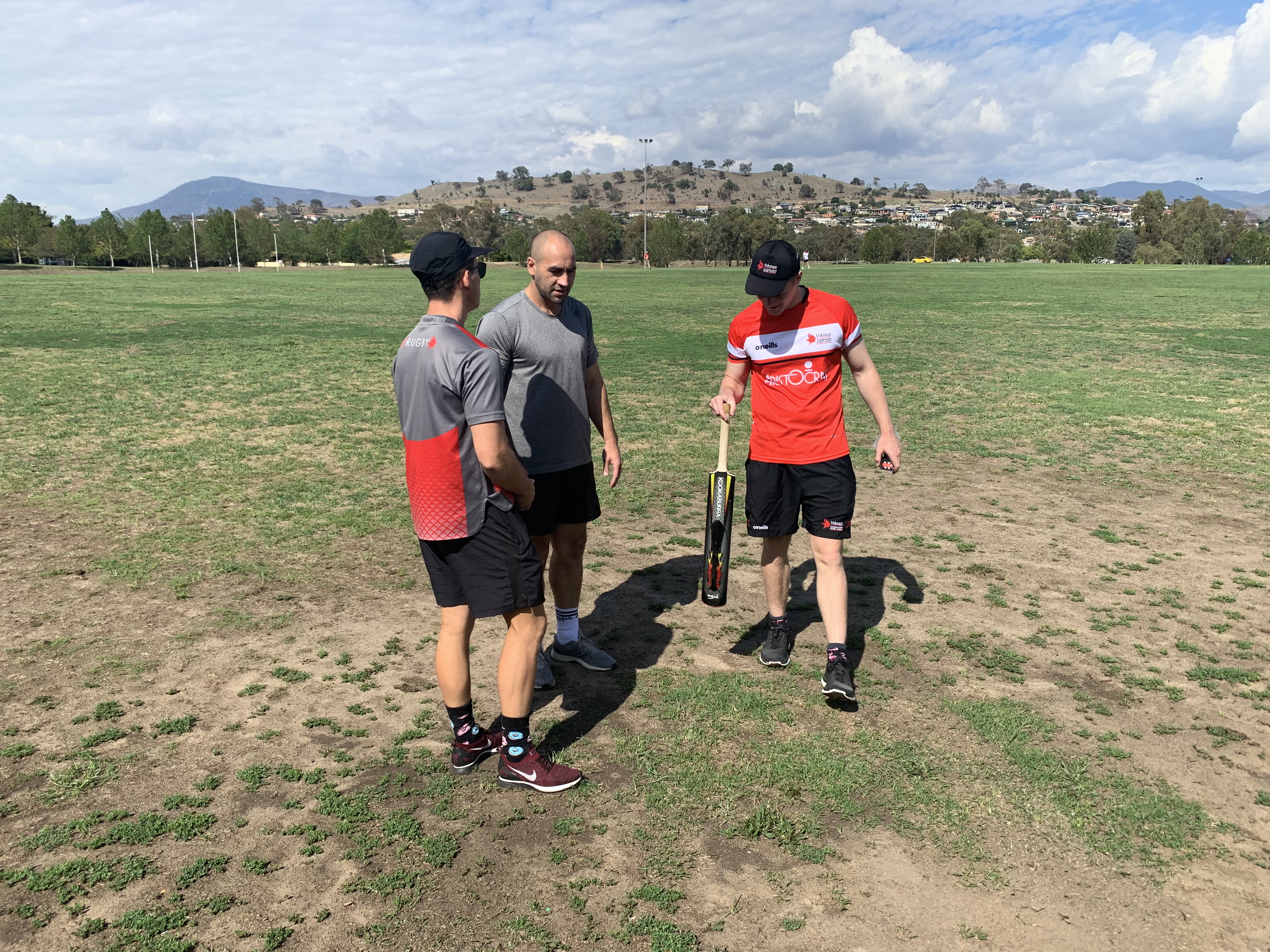 Posted at 13:29h in Uncategorized by Vikings Rugby
Share

On Saturday the 15th of February Vikings Rugby hosted it’s annual Cricket Bonanza for the playing group. Club Captain Joe Langtry was key to the day’s success and has written the following report on the action.

Evenden won the toss and elected to bat. The ACT team started well with openers Pratt and Billiards getting the team off to a good start. From there things went down hill. The high expectations placed on the middle order of Smith (the good one), Chinny (cleared by medical), Jack ‘don’t call me a nark’ Wright, Stevie ‘I missed a coaching seminar to be here, don’t tell Scriv’ Solofa, and a dusty Lukey G were quickly abolished as they all fell for 0 – notable mention to Seamus who was bowled first ball. Top scorer for the ACT team was E.X. Tras as the team fell for a sub-par 79. Wickets shared amongst the bowlers – Rhys ‘Lenny’ WL and somehow Tom Hooper the picks, both picking up three scalps.

A change in grounds across Tharwa Drive to Gordon Oval between innings to allow for the impending international women’s fixture set to commence gave a distinct advantage to the World XI with the approximately halved boundary distance. Against the odds, the ACT XI took the field hopeful of causing an early collapse. The World XI however got off to a flying start after a strong opening stand by Joyesy and Hoops. The international men exhausted the ‘sand paper cheats’ sledge shortly after the first over, nonetheless it continued throughout the innings. Brief cameos by Rhys, Trai, and Gav guided the team towards the nearing target. Kieran ‘toga-king’ Reilly felt at home in whites hitting some sizeable boundaries, but it was the club champ, Cal Smith, that provided the real highlight – bowled for 0 to the delight of both teams. Some hands like bound feet fielding showcased by Chinny and Stevie made it hard for the ACT XI to gain momentum. The World XI ended up reeling in the small target in the 16th over to the delight of their minimally contributing captain.

Massive thanks to Hayesy and Rory for umpiring, and to the boys that played on one leg with injury.