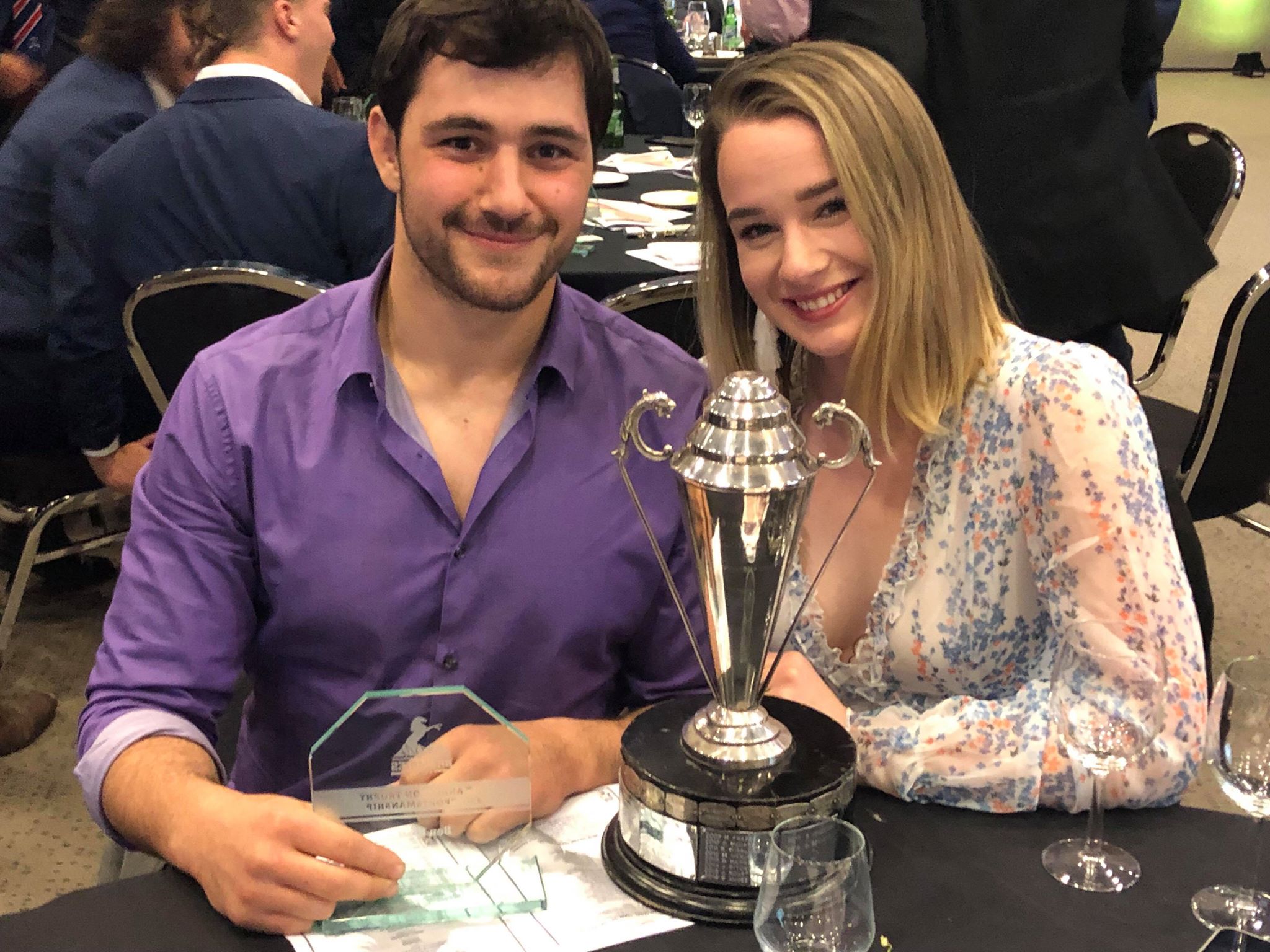 Posted at 11:04h in Uncategorized by Vikings Rugby
Share

On Wednesday the 14th of August, the ACT Rugby Union held the Annual MacDougall Medal Awards Night. The MacDougall Medal is awarded to the best player in Premier 1st Grade of the John I Dent Cup but the night also recognises the contributions of players, volunteers and support staff to ACT Rugby and the best players in the Women’s, First and Second Division competitions.

The Club was well represented across several categories and Awards:

The Anderson Trophy for Sportsmanship – awarded to Ben Pratt

Charles ‘Benjamin’ Pratt has exhibited the outstanding quality of sportsmanship on many occasions in 2019. Ben graduated from Vikings Colts in 2018 and has played a mix of Premier 1st Grade and 2nd Grade for Vikings in 2019. A national class wrestler who has competed on the world stage, rugby is now his number 1 passion. Ben is an adaptable athlete and able to play in multiple positions including lock, flanker and loose head prop.

In 2018 and 2019 Ben has been the head coach and coordinator of Vikings Modified Rugby Program (MRP). The MRP is a modified touch-only form of rugby, where boys and girls with learning and perceptual disabilities get to experience modified training and games in a safe and fun environment. Ben has excelled in this role, running training sessions and games with patience and enthusiasm. The boys and girls in the program (and particularly parents) adore Ben for his kind nature and generosity of time and effort. He has been commended many times by the MRP national coordinator for the way he handles himself and coordinates the whole program including training and mentoring assistant coaches.

In addition, Ben has volunteered to help coach one of our Vikings Under 8s team and consistently the feedback is overwhelmingly positive. Ben relates so well to the boys and girls. With the MRP participants and Under 8s, he now has his own fan club, that attend senior rugby to watch him play. Ben is known throughout our club and indeed more broadly across the competition as the first player to thank the referee, shake opponents hands (or give them a hug). His attitude to rugby, selflessness and sportsmanship are all simply outstanding and Ben was a worthy recipient of this award!

MacDougall Medal Count – Although a Viking didn’t win the award in 2019, several players received enough votes to feature in the Top 5 of the count:

The HS Quinn Trophy for Services to Rugby – Greg Hayes was nominated for this award, and although unsuccessful has been outstanding in his entire tenure for the Club.

The Michael Hickey Coach of the Year Award – Nick Scrivener was nominated for this award, and although unsuccessful has made some great strides with the performance of the Club on-field, sending the Vikings 1st Grade side to two consecutive Grand Finals.

Griffin Legal Team of the Season – a weekly team selection on Instagram by the Referees and Brumbies officials for the best players in Premier 1st Grade around the ground. The Team of the Season recognises those players who appeared in the team of the week most frequently.

Congratulations to all our Vikings boys on their outstanding efforts in 2019!