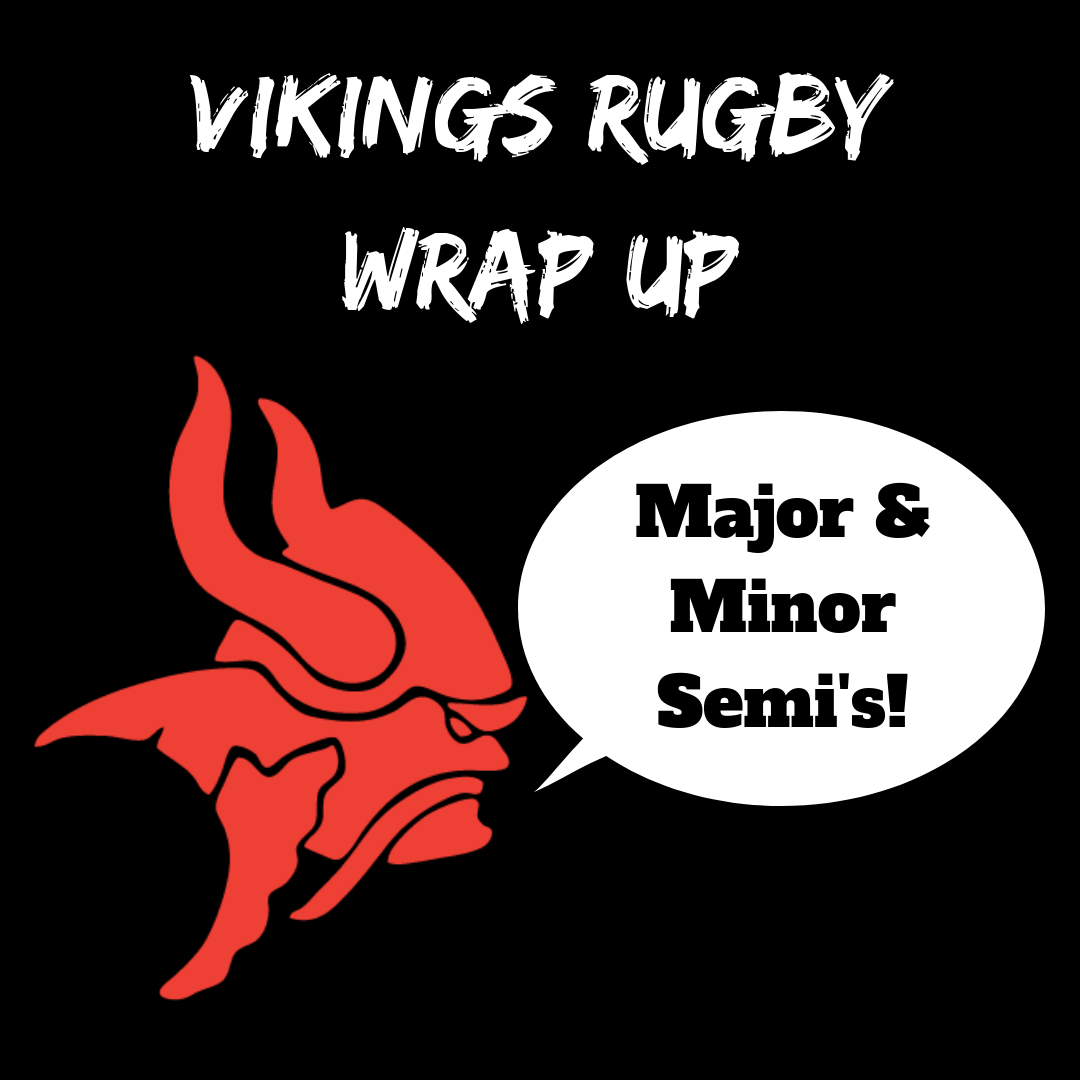 Posted at 15:00h in Uncategorized by Vikings Rugby
Share

Here we are, Vikings fans! One week into our Finals campaign. It has been a whirlwind season for the Club, but we are able to get 5 Grades into finals over the weekend. Unfortunately, only 2nd Grade were able to take home the chocolates, leaving 1st Grade and 4th Grade with a Preliminary Final next weekend and Colts and the ViQueens eliminated.

4th Grade opened the day at a brisk 9:35am kick off, the Vikings facing a formidable Queanbeyan pack who in their last encounter had just edged them in a shoot-out. After trading blows early in the piece, Queanbeyan were able to get the wood on the Vikings and put three scores on them. The Vikings would get a try before the half through 200 game veteran Ryan Slater but were unable to break the Queanbeyan line after some sustained pressure in their 22, going into the break 15-5 down. The second half was all Vikings, however, as they took back momentum and tried to seal the match. However the Vikings left it a little to late, a try to Siaosi Fakalolo in injury time not enough to get up in their Major Semi-Final. As always, Cameron Shaw was at his finest at Flyhalf, while Matt Wafer was industrious. Vikings 12 – 15 Whites.

4th Grade will now face Wests Rugby Club next Saturday the 10th of August in the Preliminary Final.

The Girls faced Royals in a do-or-die match up. ViQueens vs Royals matches have been hotly contested in finals of old, so there was a lot of excitement from both camps pre-match. The ViQueens were only able to field 16 players, with several key individuals out with injury and ViQueens regulars Michaela Leonard and Shellie Milward unavailable with representative duties. Royals proved too strong for the ViQueens, putting points on the board first and racing away to a quick lead. Paris Robinson scored a nice try early in the piece but Royals were able to flick to another gear and continue their flow of tries. The ViQueens went down, ending a late surge of form heading into the finals and losing their opportunity to go back-to-back. It was a promising season for several ViQueens, some of whom joined the Club for the first time in 2019 and will continue to improve with more experience. For now, the Girls will have to watch from the sideline until next season. ViQueens 7 – 41 Royals.

The Colties played their Minor Semi on Sunday, against another strong Queanbeyan outfit. The Vikings were on the front foot early, a nice try to Bena Elise giving the Vikings the lead after a strong 10 minutes of football. Queanbeyan were able to equalize but the Vikings still held the momentum, camping themselves in Queanbeyan’s 22. Despite the advantage in territory, the Vikings struggled to post a formidable scoreline in the first half – Queanbeyan defended well and the Vikings offered little to capitalize and score points. They went into the break with a 14-7 advantage, but Queanbeyan would be the first to score in the second half to level the game once more. The Vikings were able to work their way back into Queanbeyan’s 22 and after some outstanding scrummaging earnt a penalty try that put them back in the lead. But the Colties had their struggle at line out time and forgoing opportunities to kick at goal, allowed Queanbeyan back into the game to score another try to bring the match to 21 all with little time left on the clock. Queanbeyan managed to take back possession and were awarded a penalty just as the buzzer sounded, right in front from 40m out. The Queanbeyan kicker kept his 100% record for the day and broke the hearts of the young Vikings squad. Still young for a Colts team, the Vikings will take a lot of hard lessons from this season and come back in 2020 with a fire in their belly. A special thank you to all the friends and family of our Bathurst boys who joined us for lunch on Sunday, it was great to have your support and we hope you enjoyed the spread. Vikings 21 – 24 Whites.

The Dirty Twos were facing a Gungahlin side that went undefeated in the regular season, so this match had no guarantees. Thanks to some red-hot form in recent weeks which they were able to take into this match, the Vikings pulled off a huge upset win. Described by Coach Allardyce as the team that most perfectly executed a game plan in his 30 odd years of coaching, the Vikings were dominate from the get go, absolutely shocking the Eagles to pile on the points. The boys were excellent in attack and brutal in defence, not giving their counter parts an inch. The Vikings went into half time with a 32-5 lead that surprised even the players, but this didn’t stop them from producing the same level of football at the start of the second half, the Vikings quickly adding to their tally shortly after kick off. On point right when it mattered, this was the Dirty Twos best performance of season 2019. Most pleasing was the impact of the bench players, who brought just as much intensity as the players they replaced. After several injuries and the Vikings replacements exhausted, the boys finished with only 13 players on the paddock which allowed the Eagles to get some late consolation points. Despite this, the Vikings were thrilled with their performance, and now having booked themselves a spot in the Grand Final will have two weeks to mentally and physically prepare for a shot at the title. Vikings 46 – 26 Eagles.

2nd Grade are straight into the Grand Final on Saturday the 17th of August, against whoever wins the Preliminary Final between the Eagles and the Whites.

Thanks to their efforts the previous week, 1st Grade booked themselves a spot in the Major Semi-Final against the previous week’s opposition, Royals. The Vikings were first on the board within 10 minutes of play, after a clever flat pass from Noah Lolesio to a rampaging Len Ikitau. Royals responded quickly, getting a converted try of their own only 5 minutes later. The remainder of the first half was a tight game, although the Vikings would have fancied themselves to be up by more. After having several opportunities in Royals 22, the Vikings would turn over possession after a handling error or a penalty and were unable to widen the gap. After being awarded a penalty right in front of the sticks, the Vikings went into the break with a 10-7 lead. Coach Scrivener told his side that their performance needed to improve and the Vikings responded, getting early field position. Cooper Taekata made one of the hits of the year on a poor Royals backrower, Cooper launching himself for an almighty rib tickler. After some back and forth from both sides the Vikings were able to convert a penalty to extend their lead to 13-7. But Royals put their foot down and came back hard, scoring a converted try to take the lead for the first time in the match, 13-14. The Vikings enjoyed having the majority of possession and territory for the next 15 minutes, but were once more unable to come away with points. In the dying minutes, Royals spread the ball wide to dot down in the corner and seal the victory. Although not their best performance of the year, the Vikings still have plenty of good footy left in them and will be looking for a big game next weekend against the Owls in their Preliminary Final. Vikings 13 – 21 Royals.

The Vikings face the Uni-North Owls next Saturday the 10th of August in the Preliminary Final.

And that’s a wrap for the first week of Finals. Stay tuned to our website and social media for game times for this weekend’s Preliminary Final, which feature our 4th Grade and 1st Grade sides.