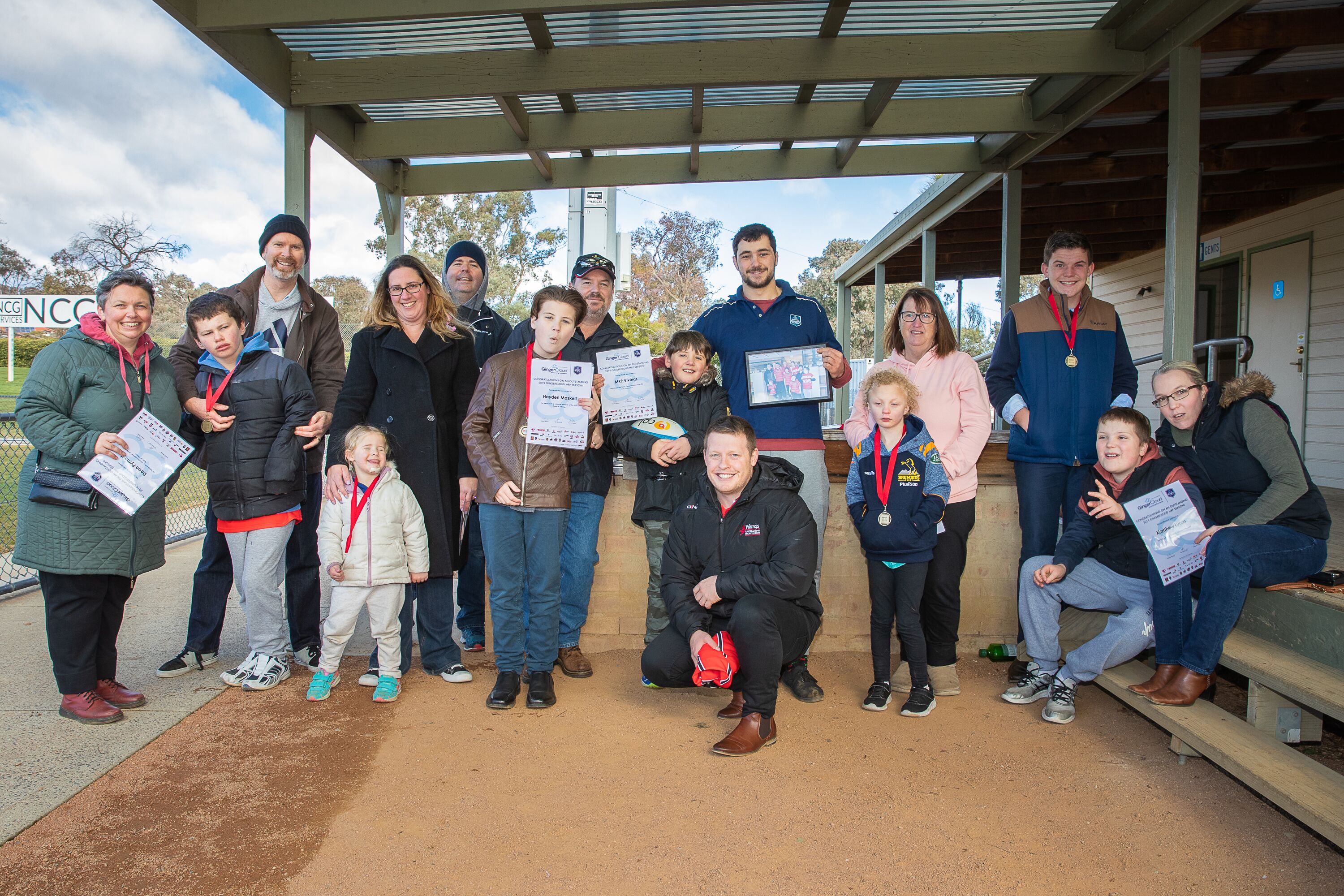 On Saturday the 13th of July prior to 3rd and 4th Grade playing, the Club hosted a Presentation BBQ for its MRP participants. The MRP has been a huge success in 2019, thanks to the efforts of some key individuals:

Ben Pratt – Ben was the Head Coach of the MRP in 2019 and was instrumental in the MRP coming to Canberra. Ben did a fantastic job of connecting with the participants, their parents and the PlayerMentors to make a hugely positive change in each of the participant’s lives. Ben has a mini fan club for life and it was incredibly pleasing to see the progression of each child’s skill throughout the season. Without Ben the Vikings MRP wouldn’t have been nearly as successful.

The PlayerMentors, Jed Englert, Tom Hooper, Harper Kemp, Hunter Davis, Hamish Chapman and Broadie Cross – our PlayerMentor team in 2019 did a great job of connecting with each of the participants and guiding them through their trainings and games. Their commitment to each of the children was outstanding and we greatly appreciate their support of the MRP.

Peter Maskell – Peter was a key liaison between the Vikings and the GingerCloud Foundation, who created the MRP. Peter’s son, Hayden, was also a participant and it was great to see Peter be able to share his love for Rugby with his son. Thank you, Pete, for all your help in 2019.

A special thank you to Megan Elliot and Jack Tuttle from the GingerCloud Foundation. Megan and Jack were a constant support for the Club in it’s first MRP year and we can’t thank them enough for their work in delivering the program to the ACT.

Praise must also go the way of Tim Sampson, the Club’s former Coaching Director, who without his passion for the MRP the Club wouldn’t have taken on the program. Thanks for all your efforts in bringing the MRP to Canberra, Sambo.

Each participant received a certificate and a medal for their involvement in the MRP, but there were also several Major Award winners:

The Vikings also received the Most Improved Team Award from the GingerCloud Foundation, for the most improved MRP team across Australia.

Thank you to everyone involved with the MRP in 2019. We are thrilled that we were able to offer this fantastic program to our community and look forward to continuing our success in years to come.

Keep an eye out for our MRP kids at 3:00pm this Saturday when we take on Wests – they will be having a game prior to 1st Grade’s kick off at 3:25pm.