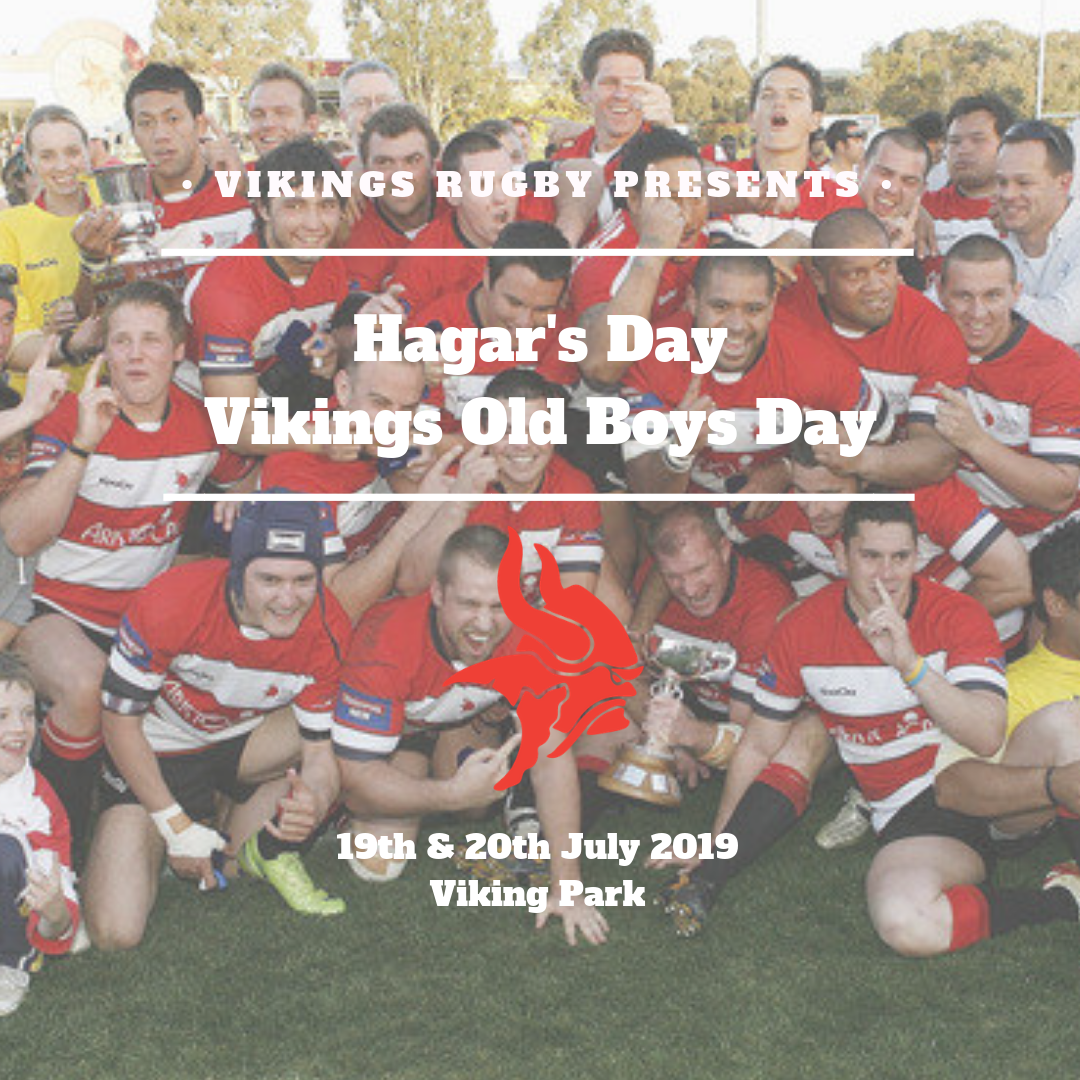 Posted at 14:35h in Uncategorized by Vikings Rugby
Share

Hagar’s Day needs no introduction. It’s a day where we invite all the old boys of the club, those who have contributed to the Vikings long and rich history, down to Viking Park to celebrate and reflect on their time wearing the jersey. It is a proud day for the current playing group, too, who perform on the field to honour those who have come before them. This year’s Hagar’s Day marks several special milestones:

1994 – 25 year anniversary of our first ever 1st Grade premiership

2004 – 15 years since our grand final victory over Gungahlin

2009 – 10 years since our grand final victory over Queanbeyan

Click here to view a retelling of each anniversary listed above, as part of our ‘Anniversary Series’.

As always, there will be plenty of food, drink, raffles and yarns to spin on the day. 1st Grade will don a commemorative strip, too, which we will auction off following the match.

Your ticket to Hagar’s Day in 2019 will grant you admission to our dinner and drinks on Friday the 19th of July at the Brick & Basil Erindale Vikings (from 7:00pm) and to the usual Hagar’s Day Festivities on Saturday the 20th of July, from 12:15pm.

We hope to see everyone there!