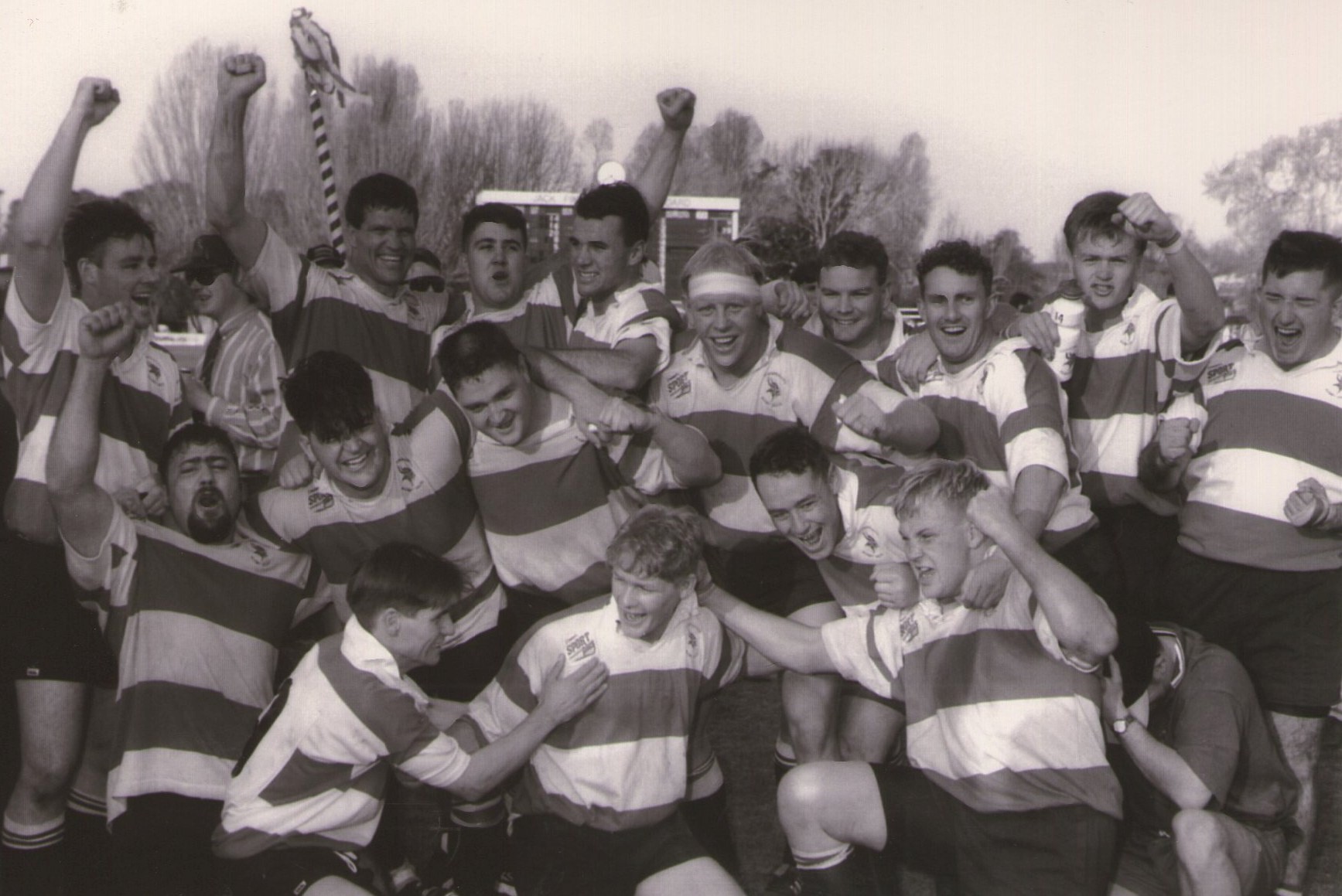 Posted at 15:52h in Uncategorized by Vikings Rugby
Share

This week we look back on the Club’s first ever 1st Grade Premiership in 1994, 25 years ago, a game that featured one of the greatest fends of all time and a moment to remember in Vikings history…

1994 was the Vikings Rugby Club’s 21st Anniversary. The 1st grade team changed its jersey style to something similar, but a lot thicker, to the original blood and bandages worn by Woden-Weston in the first years of the club.  In the last few years 1st Grade had always showed promise making the grand final in 1991, only to lose by a point, and also making the finals in 92 and 93.

In late 1993 Chris Hickey was appointed as the new club coach and given a mission of winning the club’s first 1st grade premiership.  Chris went to work straight away recruiting ex 1989 Springbok skipper Jannie Breedt and a young Joe Roff straight out of Marist College.  This added to the already strong stocks of the club from the previous years.

At the end of the home and away rounds the Vikings were placed second on the ladder, 10 points behind Royals and just in front of Daramalan.  Easts rounded out the four that would fight for the John I Dent premiership cup. Getting to the finals was no simple task.  Eight weeks out from the grand final the team made the decision to start training 3 times a week and developed the catchcry of “whatever it takes”.  This commitment placed the team in a position where they would have the skills, physical ability and mental preparedness to go all the way.

Royals were too good in the semi final outplaying the Vikings to an 18 points to 8 scoreline.  The following week the team accounted for Daramalan 30 points to 20.  The grand final was a gripping encounter against the ol’ foe of Royals with the Viking victorious to win the club’s first 1st grade premiership 19 points to 14.

The team on the day:

One of the magical moments in the game, and in Vikings history, is a fend put on by Joe Roff.  Joe had only left school the year before and it was obvious he had a huge future in the game of rugby. During the season he played 11 games, scored 10 tries and converted 4 of them.  A Vikings scrum near halfway on the touchline had ½ back Craig Leseberg pass to fly half Baden Stephenson.  Baden then threw a cut-out pass to Joe, just on the outskirts of the ‘hard as a rock’ Manuka cricket square.  The Royals outside centre, Clayton Brown, then attempted to tackle Roffy.  Click the link below to see the result…. 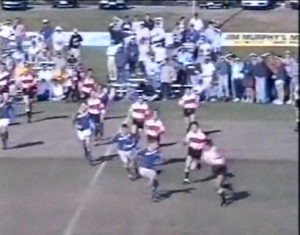 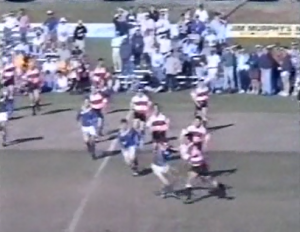 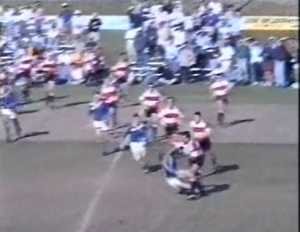 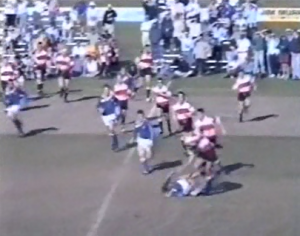