Ryan Slater Plays his 200th Game for the Vikings 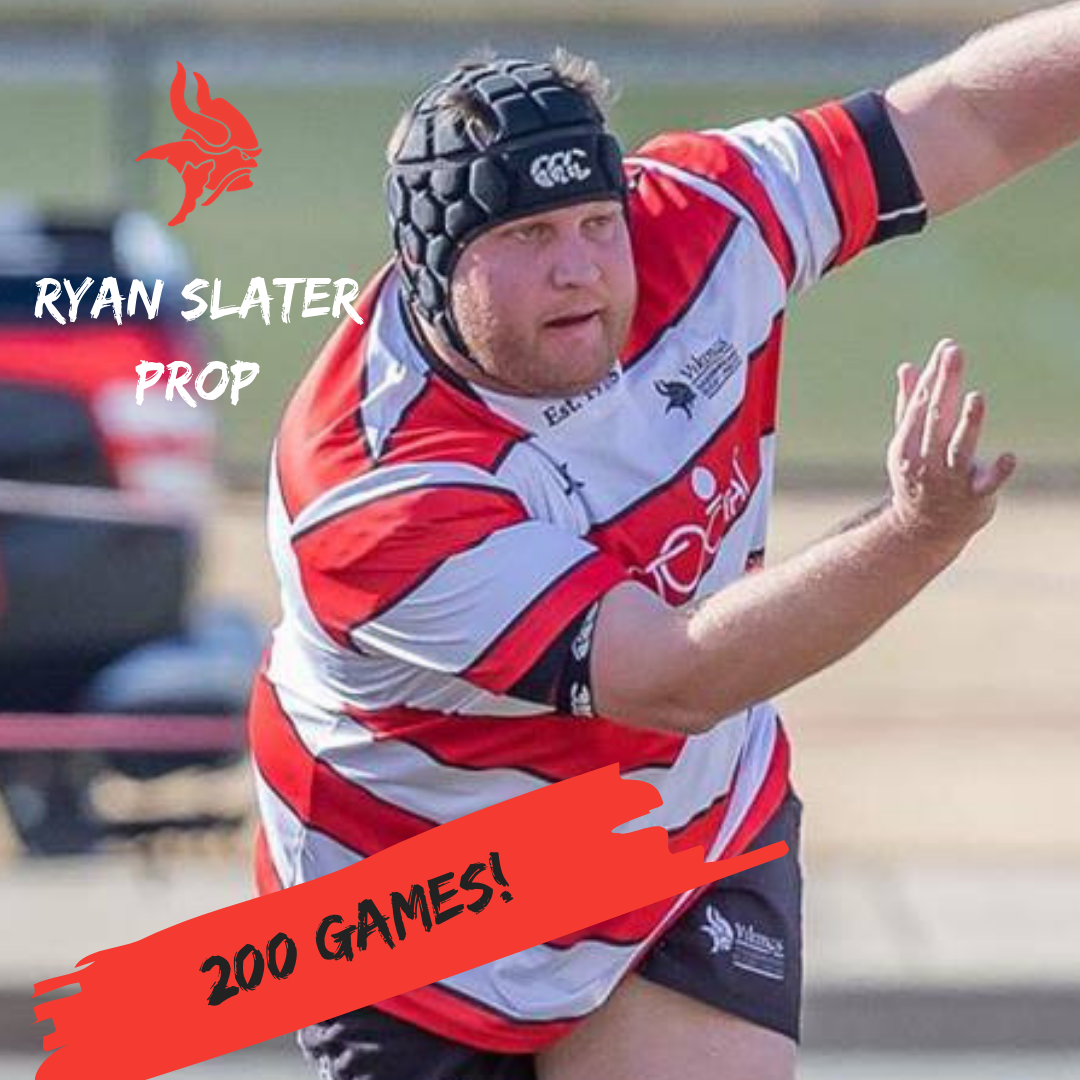 17 Jun Ryan Slater Plays his 200th Game for the Vikings

A huge congratulations to Ryan Slater, who on Saturday played his 200th game for the Club. Slats is a part of a special group of 4th Graders – a dynasty created by the likes of himself, Grant Lukins, Gavin Sinclair, Andrew Dickson and Cameron Shaw, that have dominated the 4th Grade competition for several seasons. Slats himself has notched games in 1st Grade, and has been a part of several premierships during his time as a Viking. He has contributed massively to the Club off the field, too – he is the Club’s current Treasurer and in the past has been elected to President. Slats is a massive part of the Club’s fabric; a genuine bloke with a lot of supporters at Vikings and in the Canberra Rugby community. There are plenty of stories on Ryan’s escapades on Grand Final weekend, too, but we’ll save them for another time. Congratulations Slats on joining an exclusive group of Vikings.