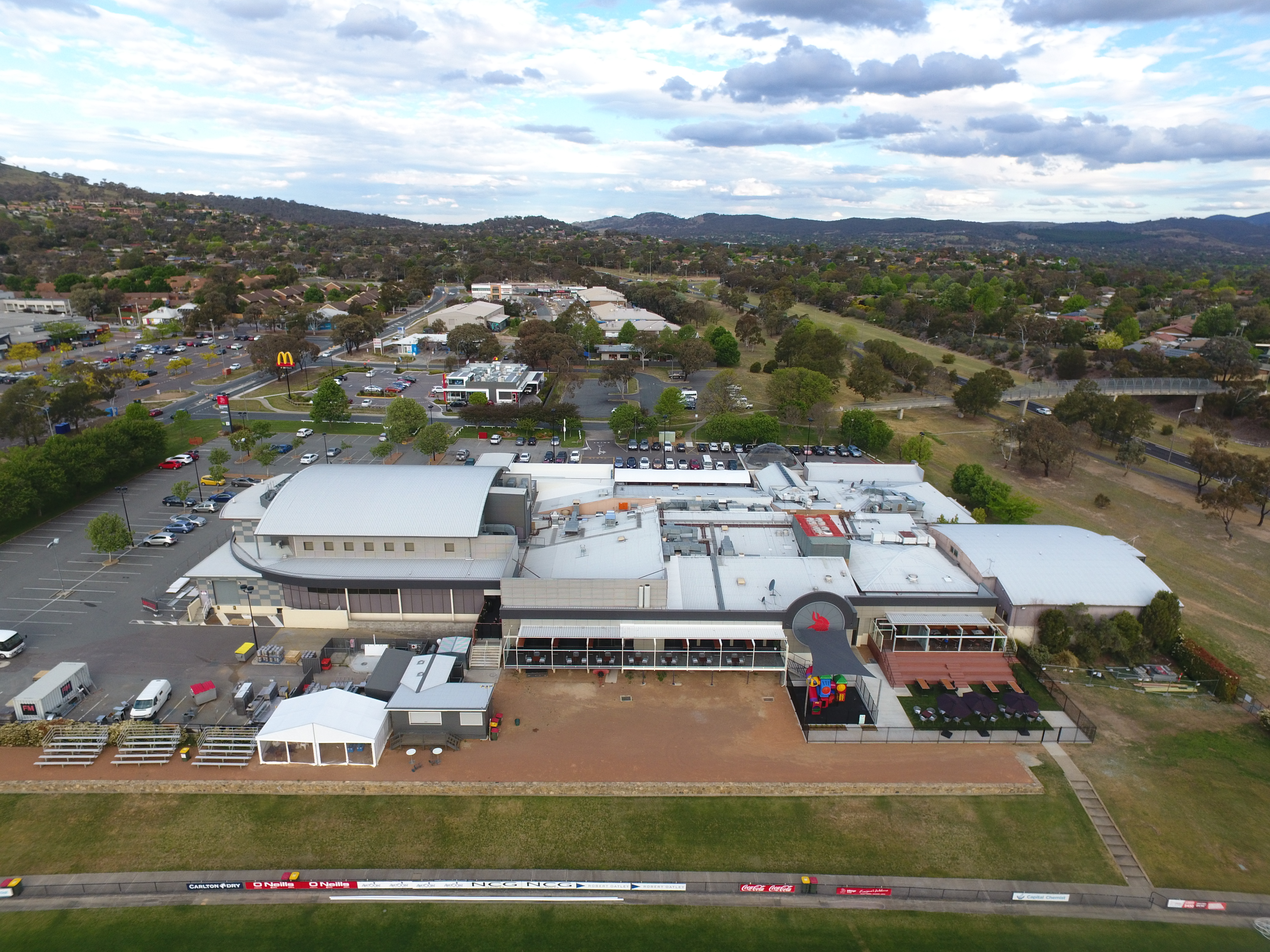 2019 marks 40 years since the opening of the Licenced Club at Erindale. The following recollections from John McGrath shine a light on our humble beginnings and illustrate how the foresight of a few key men laid the foundations for the club as we know it today. Thanks to John for putting this together, and apologies for editing 90% of it out.

WHERE DID THE IDEA COME FROM?

The recently constituted Tuggeranong Valley Rugby Club, incredibly under resourced at the time, trained at Kambah No 1 oval and socialised at the Three-In-One tavern come Take Away and Supermarket in the Kambah Neighbourhood Shops opposite the Mt Taylor Primary School.

Out of necessity, all registered players were rostered on to assist in various fundraising schemes to cover the cost of necessities such as match balls.  One such plan was flogging hot chooks to punters in the Mawson Pub (now the Raiders Mawson Club) on a Friday night. The occasional punch-up was a feature of these Friday nights, with one particular nasty event where I was slashed across the back of my wrist occurring the night before a game against University.

The match was at ANU South oval, located on the southern side of Barry Drive and next to Sullivan’s Creek.  On this particular day, chief worrier of all things rugby and chief funds organiser, Richard Heher aka Dick or Pubes, was spotted waist deep in the Creek recovering one of our new balls instead of participating in an attacking five metre lineout.  Needless to say, some of us were a little bit miffed about his priorities.

After the usual festivities with and at Uni and Civic, around five or six of retired to our President, Maurie Cullen’s house in Rivett for a late night/early morning nosh-up.  It needs to be said that the most successful Clubs at the time were Royals, Wests and Queanbeyan who coincidentally all had their own Licensed premises.  Sometime through the night was spent lamenting the scrap at the Mawson and the need to spend more time funds raising than training.

Somebody mentioned we should build our own place.  Dick, Maurie and Stan (Slug) O’Donnell became what I thought was unreasonably over enthusiastic with the idea.  Still, the journey started from there.

As it happened Maurie was a Senior Secretary of the then Department of the Interior, responsible for all things in the national Capital before the formation of self-government. Maurie called a meeting of the Committee the following Monday night for the sole purpose of deciding where we would build a Licensed Club.  He had a detailed site plan map of Tuggeranong which identified three sites north of Erindale Drive.  At the time nothing was planned to the south.

One was where the Burns Club now situated.  We knocked that out as it was too close over the hill from Royals.  Another was vaguely where the Southern Cross Tuggeranong Club stands.  The last of the three was already occupied by the Sutherland Aussie Rules Club., which by happenstance became our Administration block, now a Child Care Centre. There followed a fairly animated discussion on the merits of the Burns Club site and the Town Centre, which didn’t exists as we know it now.

However, when it became all said and done it became clear that Dick and Maurie were determined to see a greenfield site next to a shopping centre, with Dick adamant that it had to be next to an oval.  There was a CSIRO Experimental Turf facility at Erindale which Marie felt he could have a Club site specified next to it if we all agreed.  Following arguments about the folly of building opposite an existing club, exhausted we eventually agreed to let Maurie see if he could achieve what he believed he could.

About 11PM that night he rang one of his minions to set in train the gazetting of the site they had discussed that morning together, after negotiating with the CSIRO the handover of the facility which became Wanniassa Enclosed Oval – one day to become Viking Park. A few weeks later, a newly constituted Licensed Club (Tuggeranong Valley Rugby Union & Amateur Sports Club) applied for the site located at 6 Ricardo St, ERINDALE.

Before Slug O’Donnell was appointed Chairman of the Licensed Club, a decision was required on whether the Licensed Club should be an extension of the Rugby Club constitution or a Community Club in which the Rugby Club had a special arrangement. To obtain the lease to the site we had to have a minimum 400 paid up members and show that we could start building an approved for purpose building within 12 months and completed within 24.

Eventually, the Rugby Club realised they had little chance of obtaining 400 members nor raise about $60-70,000 to build without help from the community at large.  The Rugby Club lost about half its players over the issue and suffered almost a decade of less than acceptable performance on the field as a direct result.

Still onwards and upwards.  The Establishment Committee set about adverting for members in the Canberra Times and other media outlets.  At the same time we offered all Tuggeranong amateur sports the opportunity of being part of the formation of a Licensed Club in their area.  Positive responses were received by South Canberra Athletics Club, Tuggeranong Hockey and Baseball.

The Constitution was eventually a plagiarised version of the Wests Rugby constitution customised to meet our community needs.

THE PROSPETUS AND BUILDING FUND

Once the Constitution was agreed upon a Board was elected, chaired by Ivan Donaldson, whose first task was first to develop and deliver a prospectus to every house in Tuggeranong.  Each sport had to contribute a minimum of $1,000 with the Rugby Club to contribute the balance for the cost of a glossy membership invitation.

The new Board did a sterling job of organising the delivery of the prospectus to as many households a possible.  Despite the resentment of some people in the community toward putting junk mail in letter boxes if they weren’t home, or insisting that volunteers leave their property in most unambiguous ways if you knocked on their door; we eventually exceeded the requisite number of members.  We were further encouraged to believe we could gain about 900 extra members if we actually built the thing – happy days.

Next was the drawing of indicative plans and the raising of sufficient funds for the Commonwealth Bank to lend us around $65,000 to build and operate the club. The Rugby Club was skint and a number of people were asked to lend $1,000 each to meet the commitment to the project.  Some of us, with new families and new houses didn’t have the thousand suggested and instead borrowed against their newly minted Credit Bankcards – a very new concept for the Australian consumer.  I know I used to sweat on the postie so as to grab the mail and hide the statement from the family.

A minimum specification was agreed to by the Board including a Bar and cellar, a minimalist kitchen, strong room and obviously a lounge area.

By and large the building had the usual hiccups in construction.  Due to its relative remoteness at the time a fair bit of building site theft occurred and some intimidation was experienced from persons assumed to be from the Sutherland Club. Every time it rained the Club had a moat which set off the fire alarm meaning the Manager or one of the Directors had to attend – not much fun at two in the morning.  At one time Dick was called out and on opening the cellar door kegs floated past him. Despite this the job was ultimately finished in December 1979.  However it is worth reporting that our first night didn’t go to plan.

The new club was advertised as opening at 4;00PM, Friday, 8 December subject to the issuing of the Certificate of Occupation and Use.  The inspection was arranged for the Wednesday and the inspector took virtually a whole day to go over the place and ultimately found that the steps leading from the bar to the cellar were 2 millimetres higher than was approved, with a re-inspection set for 3:00PM on the Friday. The inspector duly flexed off at lunchtime.

The Board decided we have come too far and opted to take the risk of being fined and/or closed down for a period; opening as planned giving free bottled beverages to all the new comers.  You can guess, reliant on instant income to meet debts, this put us seriously behind the eight ball. Whilst John was obviously getting tired at this stage of putting this piece together, it is safe to say that things slowly improved… 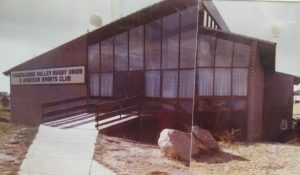 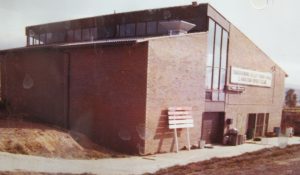 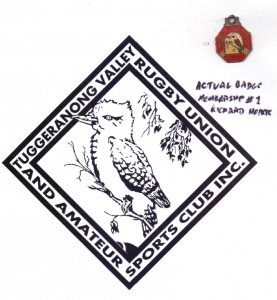