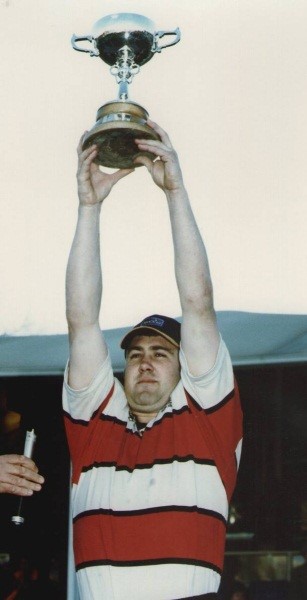 Posted at 10:40h in Uncategorized by Vikings Rugby
Share

With First Grade Premierships in 1997 and 1998 the Club was going for a treble in 1999. With a number of players from 1998 departing the Club to the Canberra Vikings and some major injuries to key personnel throughout the year 1999 was not all smooth sailing. In the end the major rivals being the Vikings and Royals emerged as the final contenders for the John I Dent Cup. In what had become a tradition of close games between the Clubs this Grand Final was no different. With key playmaker Bruce Heard breaking his hand in the lead up to the game and Joe Evers being rushed through the Grades late in the season to replace skipper Steve Moore the lead up was not ideal. That said however, the boys dug deep to grind out a memorable 13 points to 10 victory. 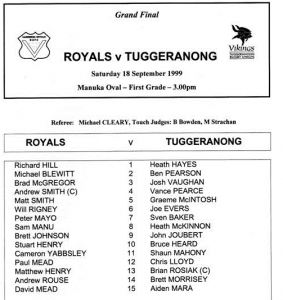