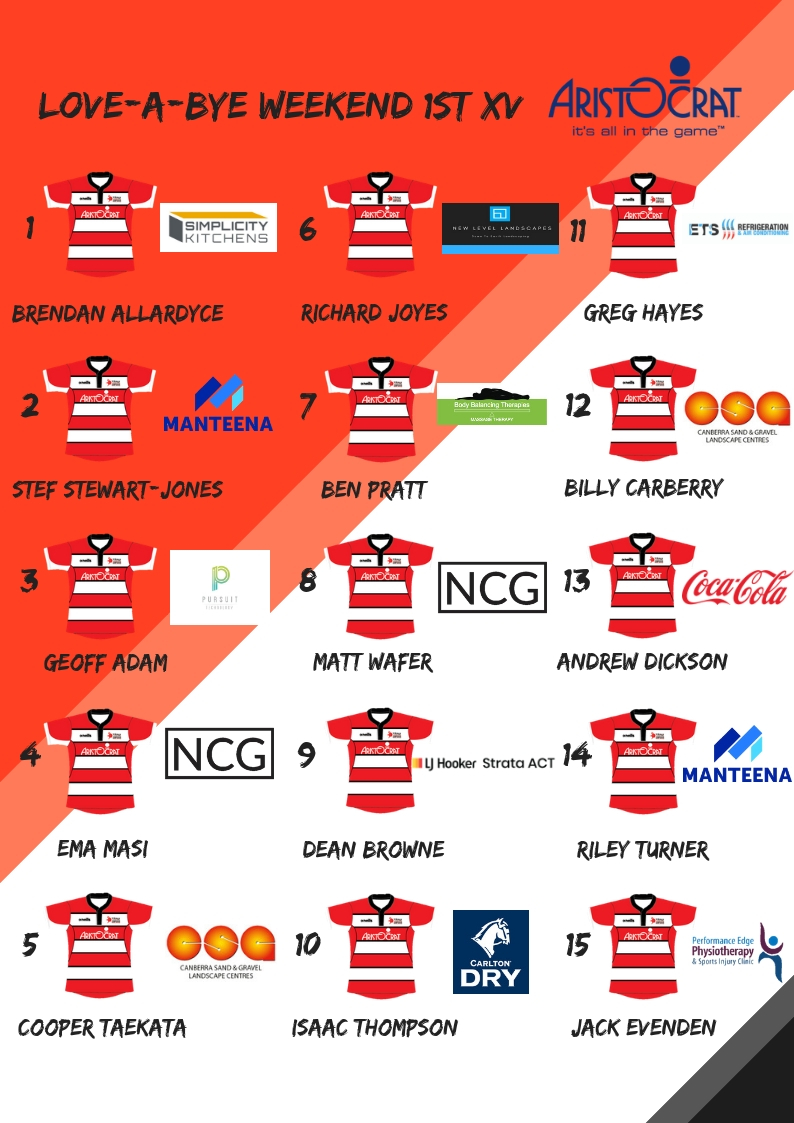 Posted at 10:52h in Uncategorized by Vikings Rugby
Share

This weekend the Vikings were lucky enough to score a bye for the Reconciliation Day public holiday. A Bye weekend is a great way to recharge, reset and make the most of some rare free time during a busy Rugby season. Everyone loves a Bye weekend – however, there are some people at Vikings Rugby that love a Bye more than most. We decided to select the ‘Love-A-Bye Weekend 1st XV’, that recognises those people at our Club that count down the days until their next reprieve from footy.

Trendy loves the Club, but not as much as he loves his home away from home, South Coast NSW. The Pres can be found in a particular little beach town just about every weekend the Club has off Rugby.

Much like Trendy, Geoff dots down the South Coast whenever he gets an opportunity, sometimes even after a day at Viking Park. We know what you’re thinking, and yes – Geoff is always lock, stocked and loaded with a couple of tins to punish upon arrival.

A regular at Hopscotch in Braddon most Saturday’s anyway, the Bye weekend means that Masi can spend Friday night at Hoppy, too.

Known for missing his wake-up alarm for trainings, a Bye weekend means Cooper can jump into bed without the trouble of having to set an alarm for Game Day.

Joyesy is always tasked with dealing with Joe Langtry’s…ahem…the Club’s shenanigan’s after every home game down in the Zoo. A Bye means no Zoo’s and no stress for Joyesy.

To be fair he’s probably the only player that hates having a weekend off Rugby, however, Pratty insisted he be selected for this team so that he can assuredly say he has played in every position in the forwards for every team at the Club.

Although pretending to play No. 8 in this team (just like he pretends to be a New Zealander), Wafer enjoys travelling the globe as much as he loves Rugby – a Bye means another flight overseas for Matt.  Ask him about his collage tribute to Notre Dame.

Rarely at training as is, a Bye weekend means Browney can skip Saturday Rugby, not deal with the Colts for an entire week and work on his serve at the courts.

It would be tough playing and captaining 1st Grade in your 50’s – Isaac needs as much rest between games as he can get.

This is one less weekend that Hayesy has to put up with everyone’s bulls*it, the tireless Manager always here, there and everywhere at trainings and games.

It’s quite a trek from the North side of Canberra, where Billy lives, down to Viking Park. The Bye weekend is Billy’s opportunity to save on petrol costs. It also means one more day of the week he can hang out at Brumbies HQ.

A Bye weekend means that for another week, Chewy’s all-time points scorer record is safe. It’s also a week off having Coach Gavin Sinclair demand he show up and play 3rd Grade.

It’s hard enough for the ‘Hot-Knife’ to travel from Bungendore every Tuesday, Thursday and Saturday to play for the Club. It’s even harder for him to wave good bye to the farm for an hour and half.

Quite frankly, he’d rather spend Saturdays with his missus.

As you can appreciate, wrangling a squad of 23 to play on a Saturday can be difficult when you have three 4th Graders show up for trainings. A Bye weekend gives Granni a Friday off calling every able-bodied Viking to get them to play.

Always threatens to come back and reclaim his 1st Grade no. 9 jersey, but his playing days are over, and he has proven to be an effective coach in recent years. A Bye weekend means he doesn’t have to write his weekly ‘cease and desist’ letters to all the scrumhalves still playing at the Club.