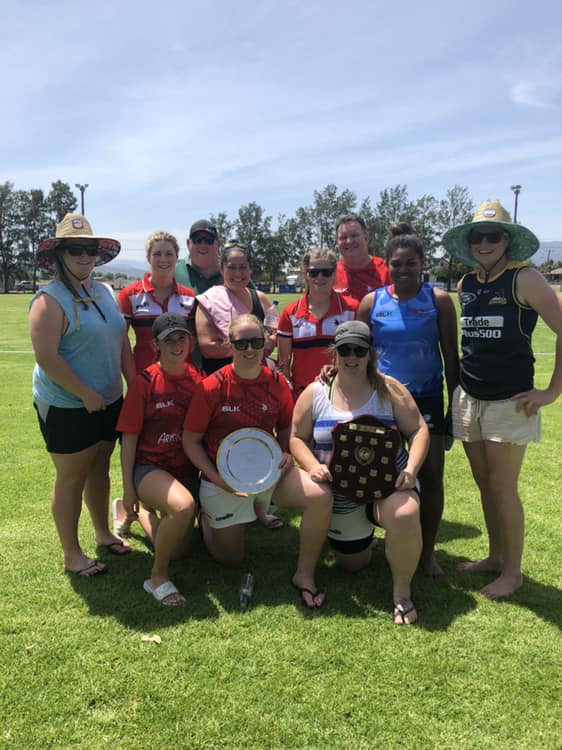 The ViQueens 7s Squad traveled to Scone over the past weekend to play in the Annual Scone Women’s 7s Tournament. This was the second of four tournaments the girls will play in for their 7s Season, having won the Queanbeyan 7s Cup final on October the 13th.

The ViQueens went 2 from 3 on the first day of the tournament, losing their first game against the Stingers before taking victory against Hornsby and Nelson Bay. The results placed the girls into the Plate Semi-Final the next day.

After a quiet night in, the ViQueens came out firing Sunday, winning the Semi-Final 31 -5 against Scone to set up a rematch with Nelson Bay in the Plate Final. The ViQueens continued their success in 2018, defeating Nelson Bay 22-5 and winning the Plate.

Best on ground for the weekend was AON 7s representative Ema Masi, whose dominate ball carries kept the ViQueens ticking and pocket rocket Rhiannon Burke. A special thanks to the Scone and NSW players who helped boost the girls numbers by playing for us when needed.

A special thanks to our ViQueens 7s sponsors, who without their support a trip to Scone to play in this awesome tournament wouldn’t be possible – Aristocrat, NCG Services, CFR Electrical and O’Neills Sportswear.

The ViQueens travel to Wagga this Saturday the 10th of November to participate in the Brumbies Super 7s Series.

Click here for the newspaper article on the tournament from The Scone Advocate. 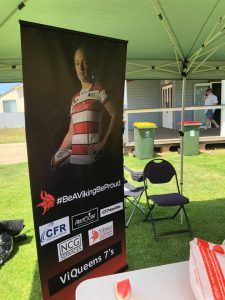 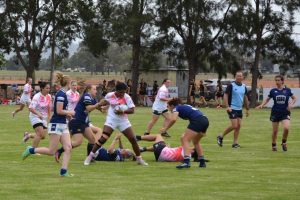