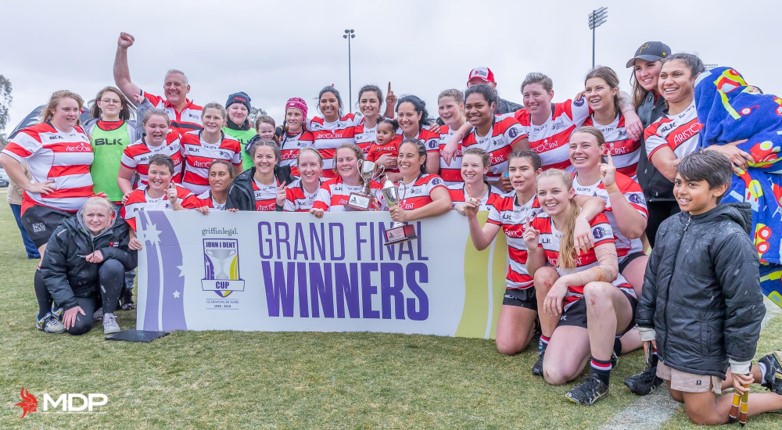 Posted at 11:51h in Uncategorized by Vikings Rugby
Share

In 2018, the ViQueens took out the Women’s Division Premiership in an undefeated run. They had the highest points differential at the Club, scoring 800 points for and only allowing 50 points against, a differential of +750. Eight ViQueens represented the Brumbies Super W team and one, Shellie Milward, was selected to play for the Australian Wallaroos. Tayla Stanford was the Club’s highest try scorer, with 25 tries for the season. Tayla scored 10 tries in one match, demolishing the previous record for most tries in a match by a Viking at 7. The depth of talent at the ViQueens is the best it has been in several years, indicating that their presence in ACT Rugby as the powerhouse side is here to stay.

Our ViQueens are a really special team – now, you can be a part of it, too.

We are seeking sponsorship for our ViQueens 7s team, who will be playing in three 7s tournaments in their off-season. Women’s 7s has grown substantially since its inception as an Olympic sport, where Australia won Gold. You now have the opportunity to align yourself with the fastest growing Women’s sport in Australia with the strongest Women’s side in the country. Your sponsorship will help our girls travel to and from their tournaments, cover their entry and registration fees, assist with playing kit costs and other associated expenses.

Depending on your level of investment, we can represent your brand on various platforms including:

These are just some of the ways we are able to promote your brand – we are able to personally tailor you a sponsorship package to help you get the most out of your investment.