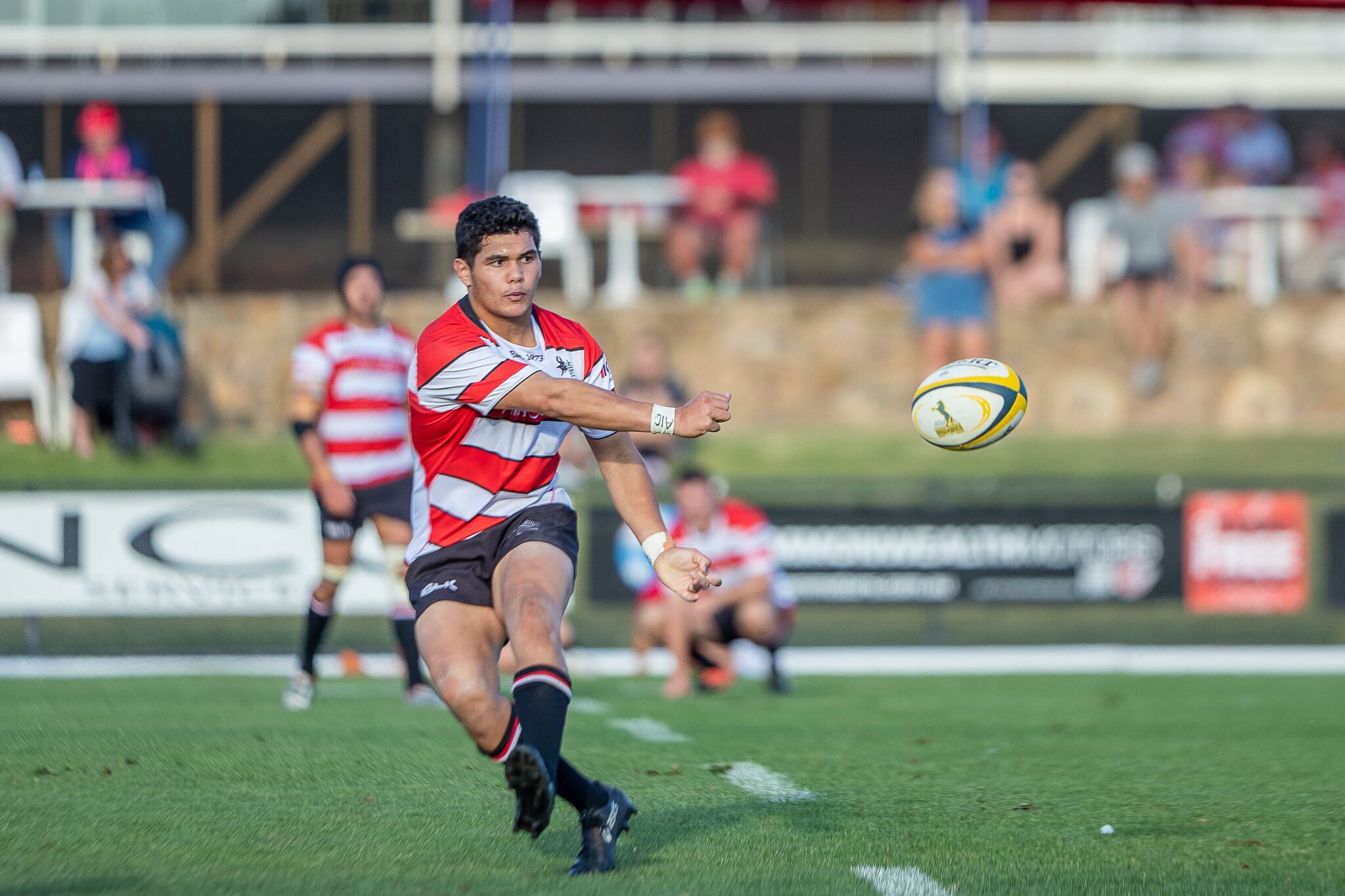 Posted at 17:47h in Uncategorized by Vikings Rugby
Share

Promising young inside back Noah Lolesio has recently signed with Brumbies Rugby on a two year deal. Noah joined the Club for the V-Rugby Academy and Brumbies Preseason at the back end of 2017, earning plaudits from Brumbies Coach Dan McKellar and ex-Coaching Director Tim Sampson. Noah was a stand out in the 2017 Australian Schoolboys side, where he was joined by Vikings team mates Lachlan Lonergan and Seamus Smith. Noah was a part of the Preseason tour to Singapore and started the year in 1st Grade, before suffering a minor knee injury that sidelined him for several weeks. Since his return, Noah has been in red-hot form, playing every match for the year in 1st Grade. Following an injury to Captain Isaac Thompson, Noah was given the reigns by Coach Scrivener and played the finals series in the No. 10 jersey, guiding the Vikings to a John I Dent Cup victory and earning Man of the Match honours. He was recognized for his stellar year by receiving the Vikings Rookie of the Year award and has been selected to play for the Canberra Vikings in the upcoming NRC. He was also recognized by the Brumbies for his incredible season through his selection in the Griffin Legal John I Dent Cup team of the year. His promotion to the Brumbies squad is the icing on the cake for a break-out season from the 18 year old.

We’re incredibly proud of all that Noah has achieved in 2018 and we can’t wait to see his career progress to bigger and better things. Congratulations, Noah!