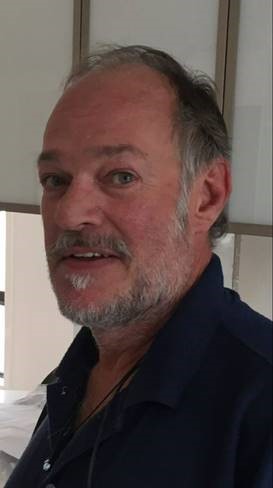 Posted at 10:56h in Uncategorized by Vikings Rugby
Share

Over recent rugby seasons all visitors to Viking Park would have noticed a busy man in a red Vikings hat buzzing around in his gator (golf cart) attending to a multitude of tasks to ensure that rugby matches were set up and ready to play.

Glenn Robey was the caretaker at Viking Park and his duties included setting up Viking Park early and packing it up late and in the long day in between, he would ensure that the grandstand, canteens, toilets, marquees, change rooms etc. were all in top shape. Glenn would happily liaise with and cater for all players, team managers and opposition teams with a minimum of fuss. Glenn would then spend hours behind the scenes during the week attending to maintenance and cleaning jobs so that Viking Park was always ready to host a full days rugby. Aside from his caretaker duties, Glenn was an accomplished Graphic Designer who creatively built corporate web pages.

Sadly, Glenn passed away on 9 August 2018 in what was a shock to all of his friends at Vikings Rugby.

Glenn was a long term Viking’s family member, his father Doug having also spent time as the VP caretaker and his brother Daniel a long term 1st grade player, rugby club committee member and club stalwart. Glenn loved nothing more than seeing the Vikings play well and then enjoying a cold drink at the Red Army bunker at the end of a day’s toil at Viking Park.

Glenn was an adoring father and father-in-law to Taya and Stuart and a grandfather to Ruby, son of Dianne and Doug and brother to Shayne, Daniel and Lisette.

Glenn will be sorely missed at Viking Park and the rugby club sends it deepest condolences to Daniel and all of Glenn’s family.