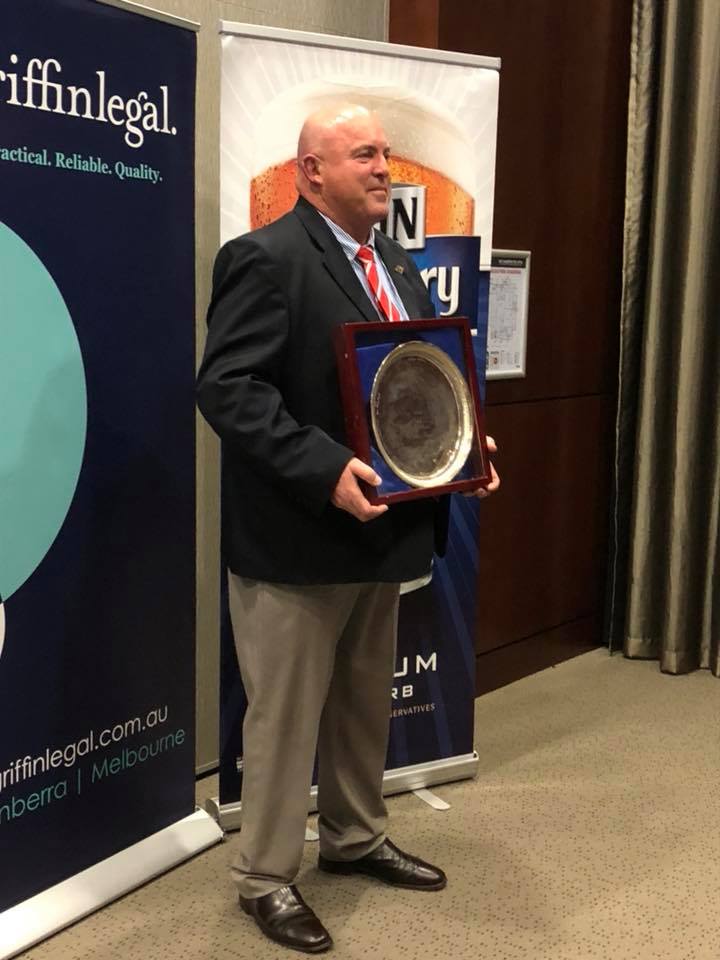 Posted at 11:44h in Uncategorized by Vikings Rugby
Share

Vikings Rugby took home 3 Awards at the Macdougall Medal Awards Night on the 15th of August, after another outstanding year for the Club. The Macdougall Medal recognizes the contributions on and off the field of players, volunteers, staff and referees to Rugby in the ACT and Southern NSW region. A huge congratulations to the following recipients:

Peter ‘Chappy’ Chapman – awarded the Volunteer of the Year Award.

A special mention to Coaching Director Nick Scrivener and his team of coaches, and the playing group, who through their efforts also secured the Club the 2018 Club Championship.

Congratulations also to Jake Helgeson from the Gungahlin Eagles and Jacob Abel from Easts, who were joint winners of the Macdougall Medal for the best player in the John I Dent Cup for 2018.