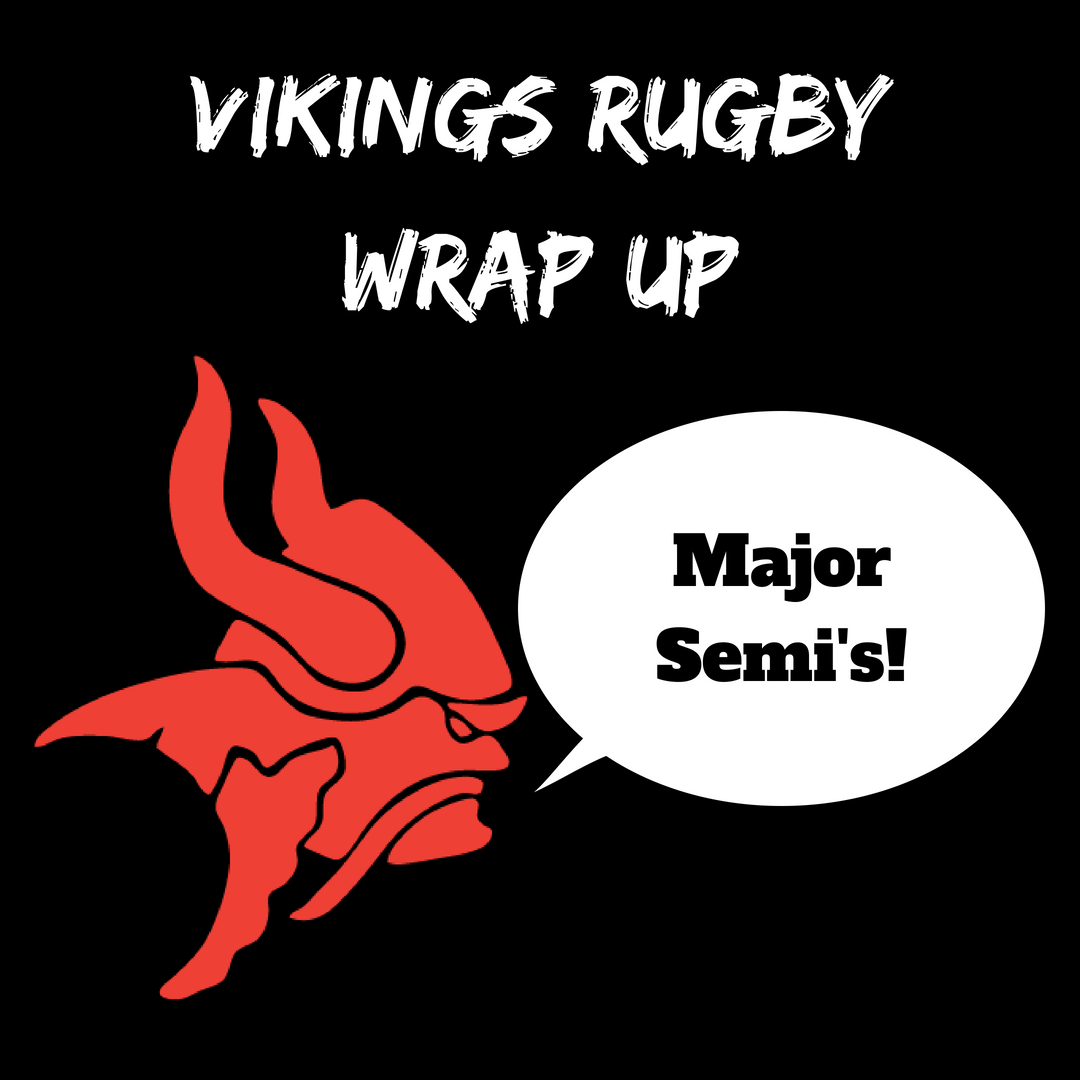 It was an emotional weekend for the Vikings, as we featured all 6 Grades in Major Semi-Finals over the weekend. Three of the six did enough to progress straight through to the Grand Final on August 18 – Colts, the ViQueens and 3rd Grade battling it out for significant victories to keep their premiership hopes alive and well. 1st Grade, 2nd Grade and 4th Grade, however, must now play in a do-or-die Preliminary Final match this coming weekend in order to play for the title.

Facing RMC in the first match of the day, 4th Grade were determined to put the previous week behind them, in which they had been defeated by RMC, and progress through to the final. RMC, though, were willed on by their momentum from the previous week and outclassed the Vikings early in the piece. The Vikings played into RMC’s hands, trying to play a forward dominant style against a team that continued to threaten at the breakdown. When the Vikings used their backs, they looked dangerous, particularly with young Jerry Landu out on the wing, the Fijian pulling out all his tricks to add some flair for the Vikings. RMC, however, were too fit and too fast – they made easy work of the Vikings, going up 29-5 with only 10 minutes of play remaining. To the Vikings credit, they stuck in and showed their resilience, scoring two late tries to finish the match 29-17. The Vikings face an impressive Queanbeyan outfit in their Preliminary Final, but will be all the better for their experience Saturday and are sure to bring their A game.

3rd Grade have been building a lot of momentum over the last few Rounds, putting up some big scores to send a message to the rest of the competition. The start to this match, though, was rocky, the Vikings trying to find their feet on the big stage. ADFA started well early, playing with a lot of tempo. The Vikings were able to grind out of their slow start and apply pressure through their set piece, which has been monstrous for them all year. Although finding themselves down 0-14 at one stage, the Vikings were able to rally and respond, dotting down for several tries. Carl Johnson was again excellent – joined by Sam Gunning in the centres, the pair created some good passages of play out in the backs. Rhys Griffith had an immediate impact in his first game back, too, the back rower’s work rate proving a real difference for the Vikings. The Vikings found themselves at 24-22 with no time remaining. Most teams would look to close the match out in a tight final such as this, but instead, the Thirsty Thirds galloped up field after some brillant back line play, putting try thief Grant Lukins over for the match sealing score, 31-22.

The ViQueens took on the Uni-North Owls, who they had only defeated by narrow margins in their regular season encounters. The girls started slowly in the first half as both teams battling it out for field position and points. The game was to be Shellie Milward’s last before heading off to Wallaroos duties – she and several other ViQueens veterans were the ones who stepped up in this tight encounter to steer the ship home. All of the girls hard work was paying off, their team work evident as they slowly began to break the Owls resolve and put points on the board. Remi Wilton was again one of the best on ground, taking several darts from the base of the ruck and bagging a brace of tries. Louise Bush-Taliai and Sharon Waihape continued their dominance in the forwards from the last few weeks, both players destructive with ball in hand. The ViQueens are reaping the rewards of a tough season that has seen them grow on-field monumentally, eventually winning their Major Semi comfortably and booking a place in the Grand Final, 38-5.

The Colts entered their Major Semi-Final with a lot of confidence, having finished the regular season undefeated and notching some impressive victories in the last few rounds. The Colts were in an arm wrestle early with Queanbeyan, who featured a formidable forward pack looking to intimidate the Vikings. Queanbeyan were first on the board after some pressure on the Vikings line forced an error and a try, but the Vikings were quick to respond, kicking a penalty and scoring a nice try after a break away by Jayden Macken. The Vikings defended superbly, keeping Queanbeyan at bay and making the most of their opportunities with ball in hand. ‘Professor’ Ben Pratt set up an excellent try for Tim Cushan, Pratty busting the line, drawing two defenders and then flicking an offload to put Cush over beneath the sticks. The Colties continued their impressive form with a victory that sends them off to Grand Final day, 22-15.

Arguably the best match of the day, the Dirty Twos were looking to try and get the better of a Queanbeyan side who had defeated them in all 3 of their encounters in 2018. The two sides went back and forth, taking points by the boot and scoring some well worked for tries. Queanbeyan’s set piece was proving too dominant for the Vikings, who struggled to gain the momentum of the match in the first half. But thanks to some brilliant attacking pressure, the Vikings were able to put themselves in a good position to win the match. Nic Murray scored a blinder of a try, capping off some great scramble defence on the Queanbeyan tryline. But Queanbeyan’s efforts at the scrum would have the last say, a controversial try awarded after the bell to give Queanbeyan the victory after a big push from the White’s forwards. It was a game that either team deserved to win. The Vikings will now play in a Preliminary Final against Royals to secure a place in the Grand Final. Queanbeyan 28-27.

In a much anticipated match, the Vikings took on defending premiers Royals in an entertaining game of Rugby. The Vikings were first on the board through the boot of Isaac Thompson, the Vikings reaping the rewards of some great attacking pressure. Up until this point, both teams had been defending astutely, neither looking like cracking. It was Royals who would score the first try – following a quick tap, their big forward pack rolled over the line to put them in the lead. Royals continued to attack with a lot of flair, scoring another try in the corner just before half time to extend their lead. The Vikings came into the 2nd half with a resolve, though, Brendan Taueki and Jordan Jackson-Hope scoring tries early in the second term after some great phase play to close the gap. Royals wouldn’t give in, though, scoring two tries of their own to put them ahead with a comfortable lead. With 10 minutes to play, Len Ikitau scored a brilliant try after some fancy footwork to put Vikings back in the fold, Ryan Lonergan converting to bring the score 20-26 in Royals favour. Royals defensive pressure proved effective, however, the Vikings left to contest Gungahlin this Saturday for a second chance at a Grand Final berth.

That wraps up an exciting weekend of finals footy. Stay tuned to our website and social media for game times for 1st Grade, 2nd Grade and 4th Grade. 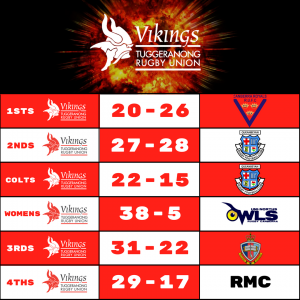