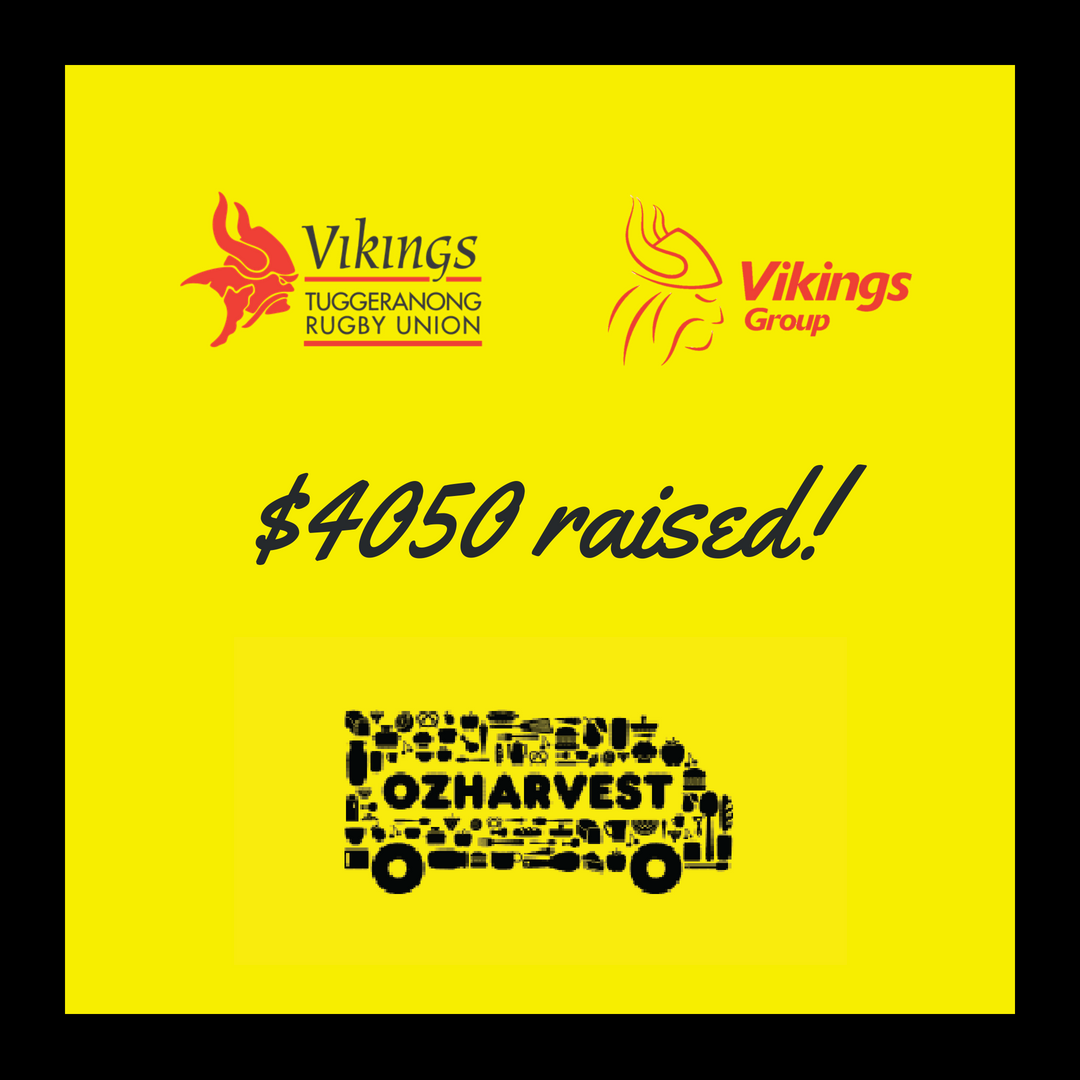 Vikings Rugby are pleased to announce that during our OzHarvest Charity Round, which was held on the 16th of June when we took on the Uni-North Owls at Viking Park, the club raised $4050 for OzHarvest Canberra!

We can’t thank everyone who donated enough for giving generously and helping raise awareness for this incredible organization. A special thanks to Dave and the team from OzHarvest Canberra who were sensational in their efforts on the day.

Thanks also to the Vikings Group who were instrumental in organizing a great day for the Vikings community.