Vikings Rugby Round 13 Wrap Up 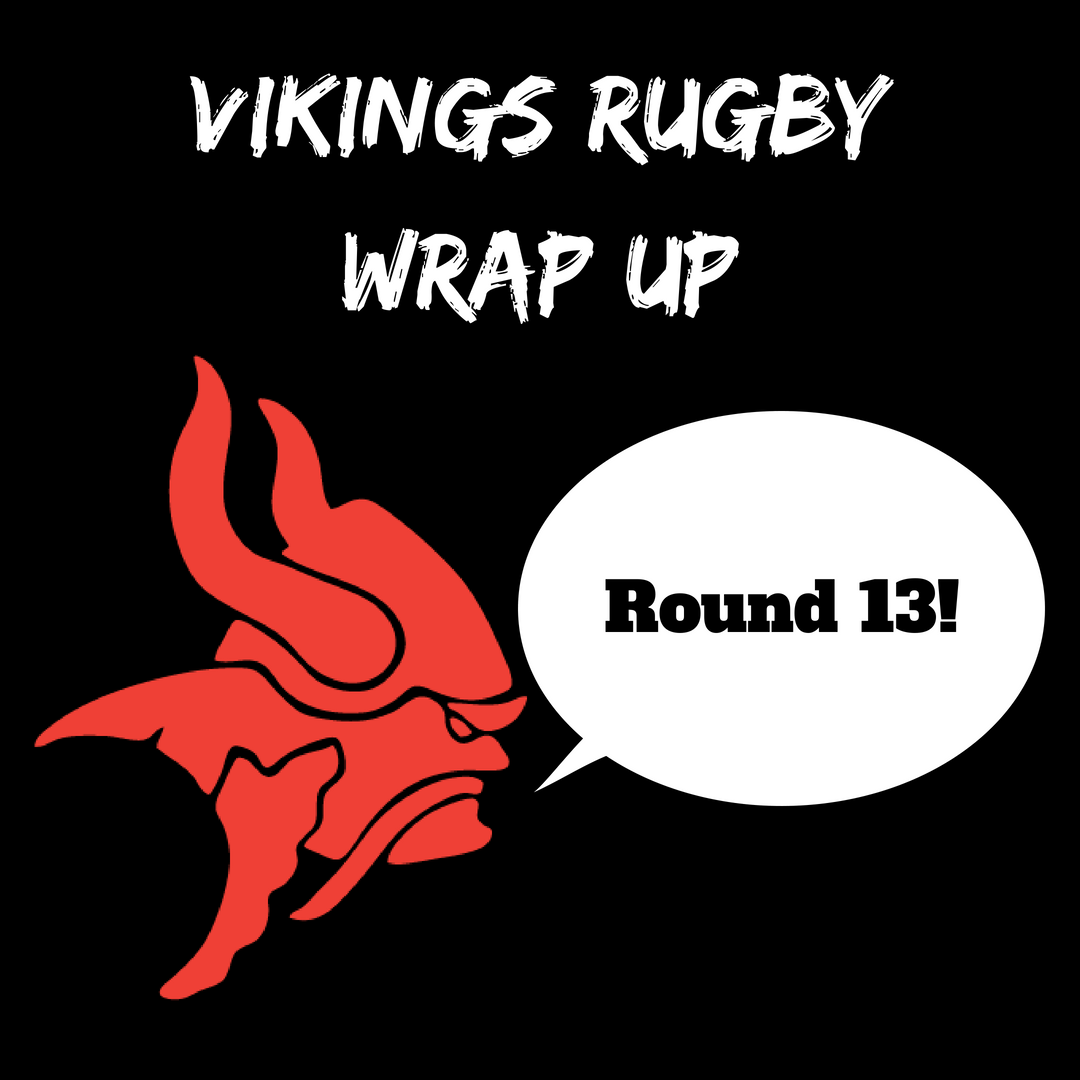 02 Jul Vikings Rugby Round 13 Wrap Up

Posted at 16:04h in Uncategorized by Vikings Rugby
Share

It was another delicious day at Viking Park for the Red Men, all Grades playing in sunshine for our annual Hagar’s Day. The ViQueens would disappointingly have their match rescheduled, however the results were mostly good for the Vikings, who took 4 of the 5 matches on the day. With the Old Boys slowly filtering in to enjoy the day’s festivities, Viking Park began to take on an exciting vibe that one comes to expect during Hagar’s, which resonated with each of the Grades.

4th Grade kicked off with a squad that featured at least 7 players who could have been over at the Red Army enjoying their Rugby retirement, getting on the front foot early against opponents RMC. 4th Grade have played some entertaining Rugby in recent weeks and they would need to continue this against RMC in this 1 vs 2 clash. The backline looked electric – fronted by Beau Mokotupu, Cameron Shaw and Andrew Dickson, the Vikings made light work of RMC out wide. Sven Baker made the most of this free-flowing game from flanker, having a superb game. 4th Grade have not dropped a game since Round 2 and are shaping nicely heading into their final few games. Their test will be next weekend against Royals, who got the better of them in Round 1. A positive result, 4th Grade winning 40-19.

The Thirsty Thirds were led out by Riley ‘Bubs’ Banks, who celebrated his 100th game for the Club on Saturday. Riley has been a loyal clubman and a favourite amongst his peers. He is also second behind John Totini for most yellow cards received by a player post 2010. 3rd Grade followed in the footsteps of 4th Grade, starting quickly against Easts/RMC. A special thanks to Bryce Taotua, Mark Turner and Jovi Ong, who helped bolster the Easts/RMC side who were short a few players. Riley Banks’ motivation to make this a memorable 100th game spurred him to a Man of the Match performance, directing play well and taking several sneaky darts from scrumhalf, one that led to a great break away try. Dan Uilelea was also great, destructive with ball in hand and a workhorse around the paddock. The 3rd Grade backline tried their best to help Andrew ‘Chewy’ Dickson break Tayla Stanford’s record for most tries in a match, but fell short by half. Chewy still finished with 59 points for the day. 3rd Grade continue to tick along – they are just shy of a final’s appearance, but should they continue the way they are playing Vikings fans can expect to see them play in August. Vikings 78-15.

The Colties faced a real challenge in their game against Queanbeyan – currently undefeated, the Vikings first scare came against Queanbeyan in their last encounter when they scraped away with a draw. Right from the kick off, the game shaped was shaping to be a physical encounter, the Vikings facing a big Queanbeyan pack. The Colts were up for the challenge, however, proving their tenacity and matching their opponents up front. Izaak Weston had a great game in the No. 7 jersey, showing a rare moment of brilliance by a forward when he side stepped a Queanbeyan winger. Jack Mann and Billy Carberry also enjoyed great games in their first game back from injury, combining well at 10 & 12. The Vikings strangled their opponents, keeping the distance between 1 & 2 on the table as the finals creep ever closer. Vikings take the victory, 27-12.

An opportunity gone begging for 2nd Grade, who suffered another close loss to Queanbeyan for the third time this season. The Dirty Twos had a solid first half, crafting some well structured attack to maintain momentum and the lead. Cooper Taekata continues to impress in his first year with the Club, having a blinder at lock. The Vikings set piece dominated, the 2nd Grade pack unlucky not to reap a penalty on several occasions at scrum time. 2nd Grade went into the half leading 12-10, the last time they would hold the lead. Some sluggish defence allowed Queanbeyan back into the game, as the visitors looked to continue the undefeated streak of their own, scoring a try and kicking a penalty to close out the game 18-12. 2nd Grade still sit firmly in the hot seat for finals and will be looking to finish off Round play with a few strong performances to roll into August.

1st Grade were welcomed on to the paddock by a strong group of Old Boys, who had now enjoyed close to 2 hours of hospitality. Spurred on by some of the best to ever pull on the jersey for the Vikings, 1st Grade took a memorable victory against Queanbeyan. The match started with both teams flexing their muscles, the Vikings and the Whites trading blows at the set piece and in defence. It was the Vikings backline that impressed most, however, the boys on point in this must win match. Jordan Jackson-Hope was at his best, leading the line speed in defence and breaking the line with just about every touch to gain the advantage line for the Vikings. The Vikings outpaced their opponents, playing some thrilling rugby out wide where each of the back three dotted down for a try. Michael Oakman-Hunt continues to show why he earnt a call up with the Brumbies this season, enjoying another fine game in the backrow. In front of our Old Boys, 1st Grade defended the house down, playing a great game of footy to win 37-14.

A massive thank you to all the Old Boys that came and celebrated our Hagar’s Day, in particular the 1998 premiership team, some of whom travelled from interstate to join us for a great day at the Rugby. The current playing group continues to build on the foundation you set for the Club, thank you for making us all proud to be Vikings. Next week we take on Royals in another exciting match up out at Phillip Oval. Stay tuned for more information on game times! 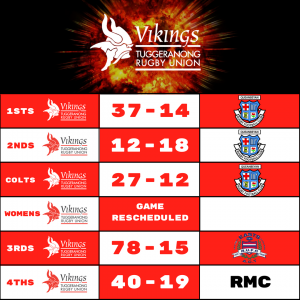