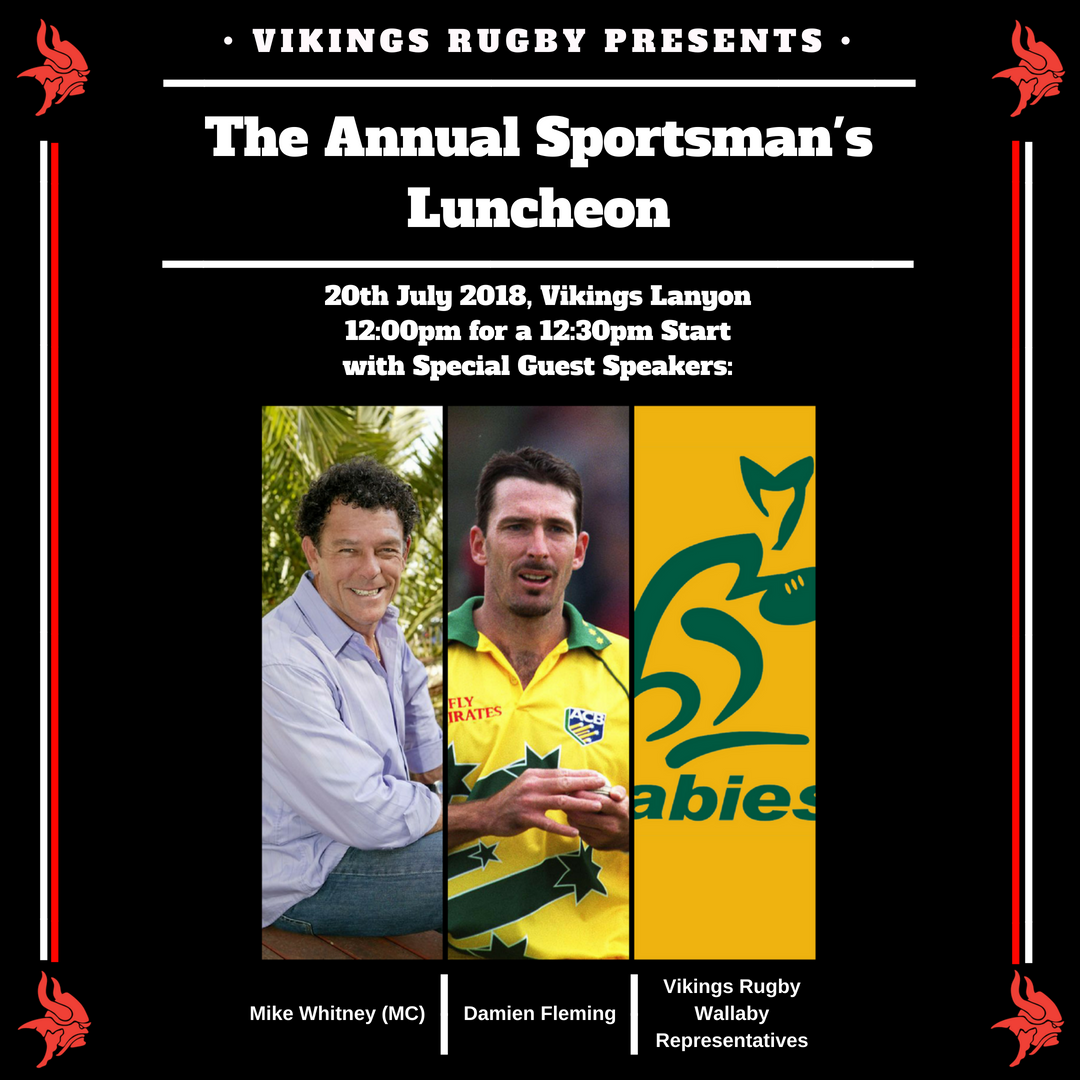 Posted at 12:35h in Uncategorized by Vikings Rugby
Share

Vikings Rugby are proud to present the 2018 Annual Sportsman’s Luncheon, at Vikings Lanyon on the 20th of July! The Sportman’s Luncheon is the highlight of our events calendar, providing an opportunity for everyone in our community to connect for a great spread of food, drinks, fun and a right laugh. The Sportsman’s Luncheon recognises everyone in our Vikings family, from our Sponsors, support staff, players and fans, and the impact they have had on our success in 2018. We have had several distinguished Guest Speakers at our Luncheon in the past, and this year is no different. In 2018, we will be joined by:

Mike Whitney – a favourite amongst Australian sports fans, ‘Whit’ is well known for his sense of humour and whole-hearted approach to the game of cricket. Whitney played 12 Tests and 38 ODI’s for Australia, his best performance against India in 1991-92 where he took 11 wickets. Mike Whitney is the MC of this year’s Sportsman’s Luncheon.

Damien Fleming – ‘Flem’ is also a former Australian cricketer, now a recognised coach and TV commentator. Fleming is one of only three bowlers to have taken a hat-trick on Test debut, when the Aussies played Pakistan. Fleming played in 20 Tests and 88 ODIs. We are delighted to host Flem at this year’s Sportsman’s Luncheon.

Vikings Rugby Wallaby Panel – the strength of our Club lies in our ability to provide outstanding players the opportunity to play Rugby at the highest level. We will be joined by current and former Wallabies at our Sportsman’s Luncheon and have them recollect their days in the green and gold, as well as their time as a Viking.

We will be hosting a raffle on the day, as well as a silent auction with some great items up for grabs.

We hope you can join us on the 20th of July for this cracking day – Tickets are limited, so be quick or miss out!