Vikings Rugby Round 11 Wrap Up 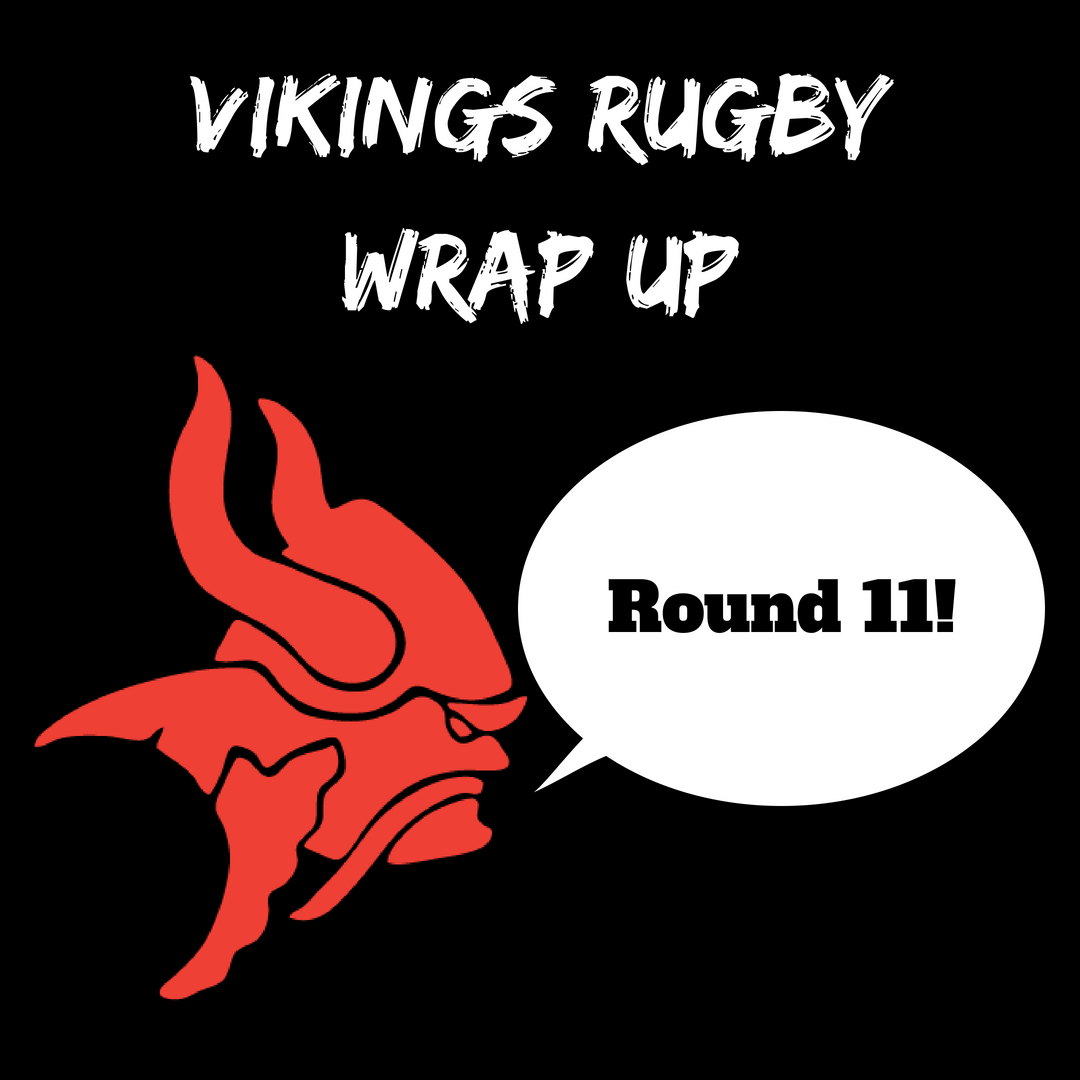 19 Jun Vikings Rugby Round 11 Wrap Up

Posted at 10:36h in Uncategorized by Vikings Rugby
Share

There were some positive results over the weekend for the Vikings, who won 4 from 5 Grades. Vikings Rugby played host to OzHarvest as part of our Charity Round, OzHarvest cooking a delicious selection of soup to ward off the horrendous weather forecast and hosting several other activities to raise awareness and funds. Luckily, there was only a brief shower late in the afternoon, but the snow laid in the Brindabella’s overnight gave the ongoing gusts an added chill. All Grades bar the ViQueens took the field against the Uni-North Owls, who were determined to test the Red Men after some close encounters in Round 3.

4th Grade were finally back in action after 3 weeks of bye rounds. The break gave the boys an added hunger – from the kick off, the Vikings were relentless in attack, playing some excellent Rugby. 4th Grades defence yielded turn over ball on several occasions, the Vikings shifting the ball quickly as they cruised to a substantial first half lead. Pete Conroy was at his usual best, menacing his Uni-North opposition on both sides of the ruck. He was well supported by Big Red, Isaac Heslop, who continues to impress after joining the club just before the break. The Vikings took their form into the second half, coming out strong as they looked to close out the match. Their opponents wouldn’t fold, however, the Owls dominating possession in the last 20 minutes of the match to close the gap. 4th Grade dug deep, defending superbly to win comfortably, 38-17.

The Thirsty Thirds continued the form of 4th Grade from the game previous, looking refreshed after a tough loss to Young the week prior to the Bye. It was a great day for 3rd Grade – the enormous forward pack minced their opposition to set up some slick play for an equally impressive backline. Andrew ‘Chewy’ Dickson scored 24 points in the match, proving that had it not been for a foolish decision to sit out the first half of the season he would be the Club’s leading scorer in 2018. New recruit Po Ahomee was destructive with ball in hand, having a great game from the backrow. From all accounts, however, the Owls were tough in their own play, continually challenging the Vikings until the final whistle. But the Vikings defence held strong, as they won a shut out match, 54-0.

In their last encounter against the Owls, the Vikings took a narrow 14-12 victory, almost derailing their undefeated season. Playing with a vengeance, the Colts showed some great pace and aggression beyond their years in one of their most complete performances of the year. Right from the kick off, the Vikings forwards dominated. Angus Burns continues to impress at prop, as does backrower Darcy McLeod. The Vikings backline made excellent use of their forwards hardwork, playing clinical rugby and showing a lot of intent when challenging the line. It was fun watching from the sidelines, the Colts throwing offloads and breaking tackles in what was an enjoyable game of Rugby. Just about every Viking got a piece of the action, the Colts taking victory 71-5.

2nd Grade had a disappointing loss to Queanbeyan after the bell in their last match and were looking for a booster as the finals creep ever closer. Several players returned from injury and had outstanding games – Trai Henderson had another bulldozing game from inside centre, while the halves pairing of Blake Henman and Izzy Tittor was sharp. Blake in particular had a blinder, but subsequently was blinded to an extent, having won the goal kicking contest on Thursday training to then only kick 2 from 5. The Dirty Twos left some points begging, particularly on turn over ball, but otherwise were great when building phases. Their defence continues to improve, only allowing the Owls 10 points in the match. 2nd Grade took the W, 29-10.

The much anticipated Match of the Round went down to the wire, in a match that epitomized the term ‘a game of two halves’. The Vikings debuted their bumblebee OzHarvest playing strip, in celebration of their OzHarvest Charity Round. The Vikings were put under the pump early, allowing Uni-Norths to cross for two quick tries to give the visitors the momentum. The Vikings looked good with ball-in-hand, reaping the reward from some phase play in the Owls 22 when Noah Lolesio ran an excellent line to go under the posts. But this would be the Vikings only points of the 1st half, the Owls forward pack proving to strong as they made the most of the Vikings poor decision making to lead at the half 31-5. 1st Grade debutant Isaiah Tikitau received a nasty leg injury that finished the half early, forcing game play to continue on Field 2. Tiki has been in good spirits since the injury and is doing fine, and based on his form this year will have plenty more games in 1st Grade in the future. Coach Scrivener asked his team to play with more composure and control in the second half, his pep talk having immediate effect as the Vikings looked much improved from the kick off. The Vikings were able to build phases and regain the momentum, continuously marching up field as they closed the gap on the scoreboard and denied the Owls on several occasions to add to their tally. The Vikings forward pack and set piece was the game changer – led by the impressive Angus Wagner, 1st Grade chipped away at their opponents until they found themselves camped on the Owls 5m line, with no time left on the clock, down 3 points. It wasn’t to be for the home side, though, some desperate defence from the Owls sealing a memorable victory for the visitors, 31-28.

And that’s a wrap – thanks to the Uni-North Owls for an exciting round of Rugby. Join us next week at Viking Park when we take on the high flying Gungahlin Eagles!