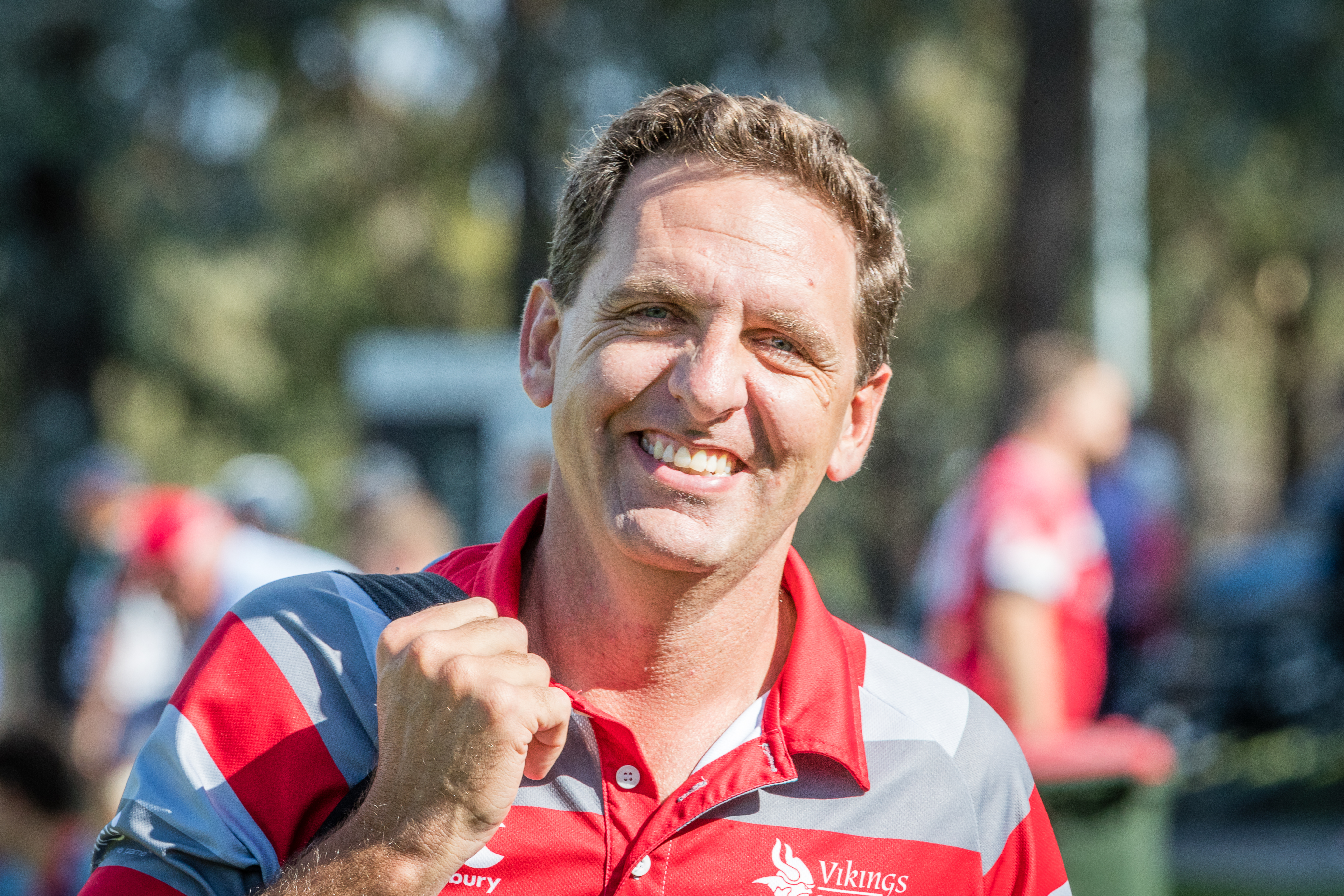 Posted at 16:00h in Uncategorized by Vikings Rugby
Share

Current Vikings Rugby Coaching Director and 1st Grade Head Coach, Tim Sampson, has been selected to lead the Western Force as Head Coach for 2018 and 2019. ‘Sambo’ came to the Vikings in 2016 from Brisbane club Easts, after a successful 2015 which saw the side reach the Grand Final. During his time with the Vikings, Sambo has made an outstanding contribution to the Club’s history – in 2016, he led the 1st Grade side to a minor premiership and a Grand Final victory. In 2016 and 2017, the Vikings finished as Club Champions under his guidance. As a result of his success, Sambo was selected to head the Canberra Vikings team in the 2017 NRC, with the team finishing as minor premiers. Prior to his appointment as the Western Force coach, Sambo was contributing to Rugby Australia’s pathway program, as the Australian U20s Assistant Coach.

“Part of our core mission is to see not only players but coaches progress to higher levels. Tim has been outstanding for our club with premierships, club championships and successful programs and although we’ll miss him, he goes with our blessing and on really good terms. We are sure he will be a success in the West”, said Brendan Allardyce, President of Tuggeranong Vikings Rugby Club.

It is perhaps Sambo’s contribution off the field that will leave many Vikings saddened by his departure. Tim brought with his appointment a professional, passionate and energetic work ethic that has resonated strongly with many at the Club. He has instilled a happy and harmonious culture at the Vikings, reflected by the enormous attendances at preseason training and games throughout the year.

Tim says he is looking forward to the new challenge and is grateful to the Tuggeranong Vikings and Vikings Group for supporting him over the last two years.

“I have worked alongside some exceptional people here in Canberra and cannot thank the club enough for their support.  I will sincerely miss the committee, staff and players here and look forward to watching the club continue to succeed.

The role is an exciting opportunity and I am looking forward to being a part of the next chapter in Western Australian rugby.

Sambo has a month left with the club before moving out to Western Australia. This will allow for a smooth transition for his replacement and any new arrangements. The Committee are working quickly and diligently to find the best way forward for the interim (2018 Season) and beyond.

On behalf of the Vikings family, we wish Tim, his wife Kristen and their two girls the best of luck in their future endeavors and look forward to their continued success.