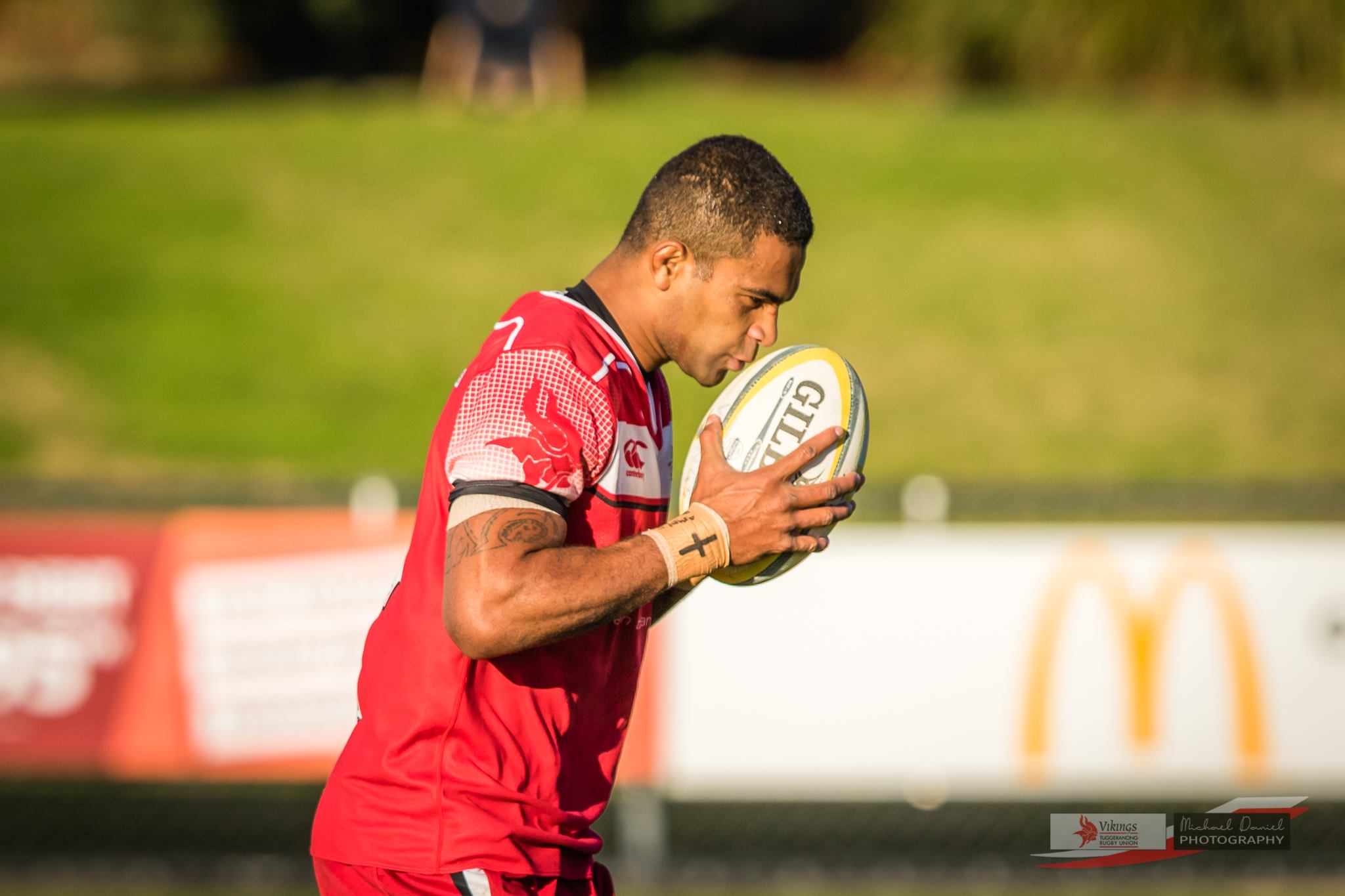 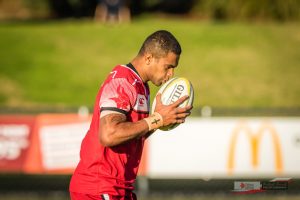 By Michael Henry and Stef Stewart-Jones.

A double for Jake Knight in his 100th first grade game capped a successful day out for the red men who were successful in all grades over Wests, with the Viqueens making it a perfect day for the club with their victory over uni-norths.

The Viqueens were keen to get back on the park after a week off and get their full team back together to take on Uni-Norths. The team was able to dominate territory in a physical match thanks to the kicking of Ash Kara, with the pack then contributing most of the tries. Coach Ogre was happier than ever on the sideline, watching his side put in place what he has had them working on, most notably when a try was pulled off from the back of a perfectly executed maul! The women were happy to come away with a comfortable win of 38 -15 which will set a platform to bring into their meeting with Royals again next week.

With Wests, unfortunately, unable to field a fourth grade side, thirds were brimming with players eager for a game against a depleted opponent. Vikings were on the front foot early thanks to Rhys Griffiths, who went on to bag a hat-trick, and the experienced John Gibson who was finding and creating plenty of space for his outside backs. Tries flowed down the left edge with James Dymock picking up a double and Marcus Maleatasi also crossing as part of an excellent individual display. Brett Naylor also marked his first appearance for the season with a try before graciously backing up to bench* for seconds and firsts later in the day. Final score Vikings 61-0.

Colts were victorious 40-5 in a stop start game which saw a number of players get opportunities including lower grade favourite Professor Ben Pratt. Excellent showings from consistent performers including Luke Corcoran ensured that the fresh faces were comfortably incorporated into the side, with the final score a fair reflection of the match. Colts were well served again by their enthusiastic bench, with tries to David Tivalu and livewire flanker Keiran Place underlining the depth of the squad Trendy has at his disposal.

Seconds were made to work for their 45-17 victory, with Wests refusing to roll over and threatening to come back until well into the second half. The pack was again lead well by Josh Hitchins, with usual suspects Callam Smith and Damien Gubler also prominent. In the backs, Jack Mann again played with a maturity that belies his age (allegedly 18 but quite conceivably 14), which allowed Trai Henderson to cause havoc in the midfield. Jerry and Grimmo will also be pleased their mid-week investment in super glue for JP Mynhart, with ‘Clarkey’ having a bit more success latching onto passes with the line open in front of him this week.

Firsts provided the coaching staff with some nervous moments early in the match, with an early try to Wests following a Vikings error no doubt triggering flashbacks of the previous week’s onslaught. Thankfully man of the hour Jake Knight quickly came to the rescue, crossing for his first try in front of the sponsor’s tent just as his mother Sharon polished off her first bottle of champagne for the afternoon. A try to Max Ravouvou following a frankly pretty arsey bounce saw the momentum swing to Vikings, who crossed twice more to lead 26-7 lead in the shadows of half time.

Unfortunately, a try on the bell to Wests saw them go into half time full of confidence, and the match was threatening to turn into an arm wrestle early in the second half as the Vikings struggled to get out of their own end. However as so often happens it was Snakey who turned the match for his side, with a signature 60 metre break from deep in his own territory and freakish regather of his own grubber creating the field position for a try to Andrew Robinson. With the score threatening to blow out following another try Wests refused to lie down, scoring a deserved try on full time following a prolonged passage of attack. Final score 38-22 to Vikings.

The club faces Uni Norths in all men’s grades this weekend, with the Viqueens also taking on Royals on Polynesian Day at Viking Park.

*stand-by/reserve in this context, though he may also have snuck into the gym between games.