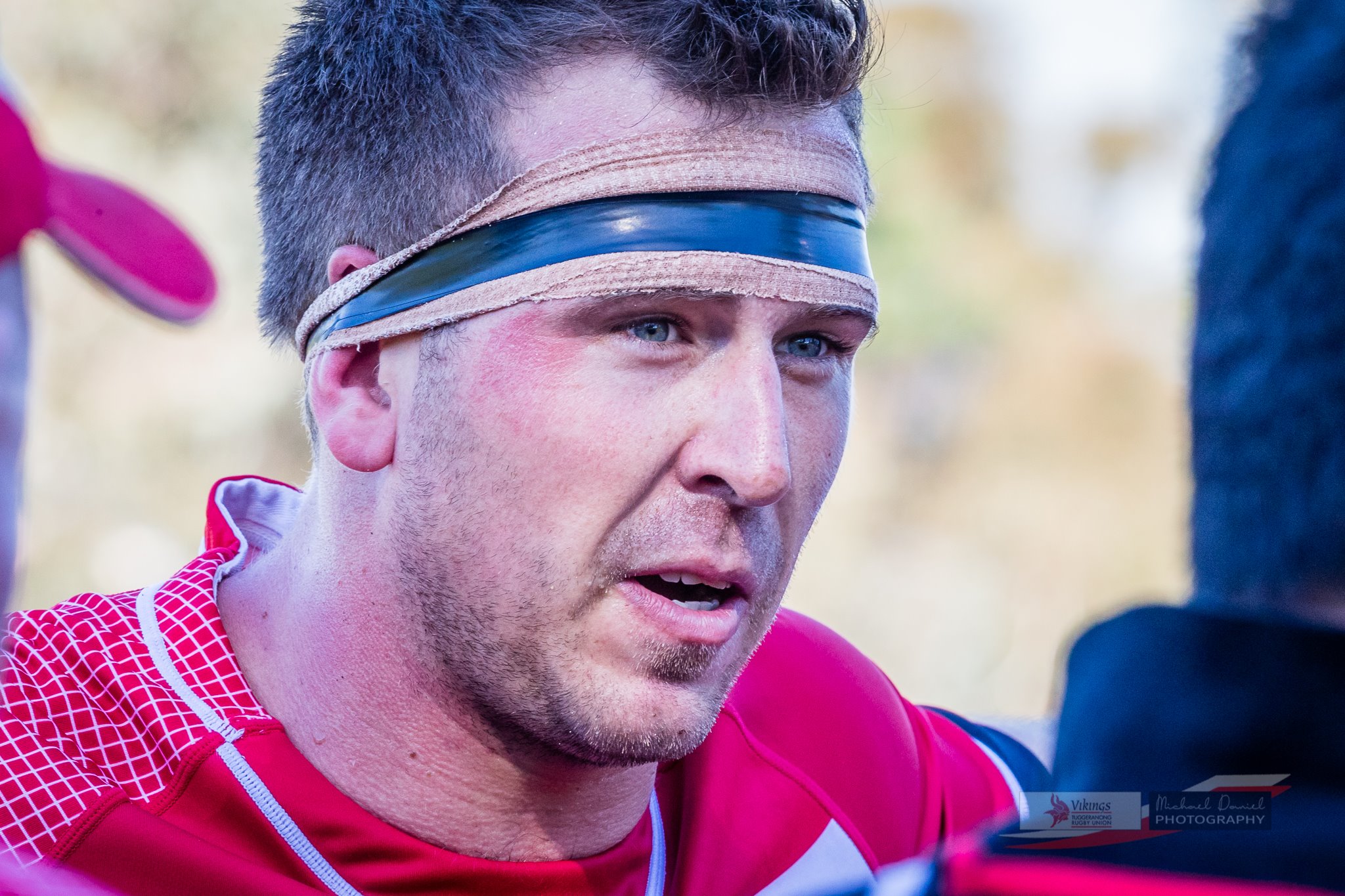 Saturday saw Sam Barlow confirm his long (self) proclaimed status as a Vikings immortal, appearing in all grades across two venues in a testament to his vigorous training regime and the reality that there was literally no one else available. Whilst Sam will be absolutely unbearable company for the remainder of the season and potentially eternity, his debut was just reward for a player always willing to put his hand up and deliver a wholehearted effort regardless of the task put in front of him.

As ever, there were other talking points, highlighted by a heart-stopping victory for fourth grade in the opening match of the day against RMC. A young Vikings side which mixed a number of willing colts players with seasoned veterans like Colin ‘Rock’ Montgomery and Geoff Adam hung tough in front of a parochial opposition crowd, securing victory after the siren on the back of a field goal from clutch-time specialist* John Gibson. Coaches up the grades impressed by Ogres shuddering tackle on the unsuspecting and frankly, unfortunate opposition halfback would have been disappointed to see him succumb to a nasty looking facial injury (later exacerbated by a failed snot rocket) but pleased with the successful start the day. 3s carried on the momentum, securing a 50-12 victory over a patched together opponent. Andrew Taliana reveled (as he generally does) in the unstructured environment, with Richard Joyes also pushing his claims for selection up the grades.

Colts were eager to bounce back from a close loss the week before and were on the board early through a pair of tries to Daniel Marshall, who unfortunately departed soon after with an ankle injury. His wing counterpart Chris Tuilangi** was outstanding all afternoon, proving a handful for his opposite number and offloading effectively. Having conceded some soft yards through the middle in the first half, the forward pack was lifted by the excellent Antonio Vailoaloa whose bone-crunching and only slightly late hit set the standard for a more physical second half showing. Coach Allardyce, whose halftime oration may also go some way to explaining the second half surge, will have some thinking to do over his goal kicking options, with none of Saturday’s applicants covering themselves in glory. Final score 47-5.

Second were clinical in dispatching Easts 74-0 in a strong follow up to their excellent victory over the Eagles the week before. Adam O’Grady had a field day backing up breaks by the outside backs, scoring 4 tries in an eye-catching display. Rhys Griffiths was also tireless up front, despite unquestionably still needing a haircut.

First grade were similarly clinical in overcoming a committed opponent 50-0. The side was well served by Michael Oakman-Hunt and Ben Hyne up front and Izzy ’72 kilos of bad news’ Tittor in the backs. Newcomer Freddie Durrough (rumoured to be Sam Thomas’s long lost/starving twin) was also excellent on debut, showcasing a neat kicking game and a willingness to tackle not seen from recently departed number 10s. While coach Sampson will be pleased with the showing of his side and the club across the day, it is safe to say that no one was more chuffed on Saturday afternoon than Mrs. Oakman-Hunt who saw the twins finish a game together uninjured for the first time since under 13s.

Thanks also to Stef Stewart-Jones and Simone Tate for providing the following report on the Viqueens who found themselves facing a Grand Final rematch with Royals: With Nationals looming each team found themselves without their rep ladies. This was a chance for some new talent to emerge, and sure enough, the newest Viqueens stepped up under the captaincy of Megan Ayers and Emily “Seabomb” Sogal. As is the Viqueen way they found themselves starting a little timidly and slow but gained momentum. The majority of the tries were gained by our dominant forward pack crossing the line from the back of the ruck with three of our five tries from Megan Ayers. The ball running from the newer Viqueens, such as Palissa Ketchell, made some of them look like they have been playing for longer than the 4 games they have played this year. With a few unfortunate injuries the ladies stepped up to fill major roles and when the final whistle blew they were ecstatic to have won such a tough game 29-19. Good luck to Shellie Milward, Remi Wilton, Kate Brown, Ash Kara, and Ema Masi at Nationals this week in the Gold Coast: the rest of the side will enjoy the week off.

The club is looking forward to meeting Royals at Phillip in all mens grades this weekend with the Wal Scollen Cup on the line in first grade in a top of the table clash.

** Chris also offers a mobile barber service which I can highly recommend.