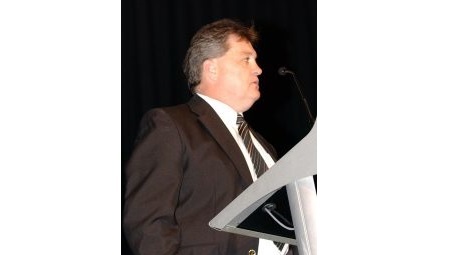 Posted at 13:06h in Uncategorized by Pursuit Technology
Share

Phil was an active member of the club from the mid 80’s joining from the St. George rugby club in Sydney and continued that service right through until the mid-2000’s. Phil played for the club, captain-coached lower grades and then turned to coaching with much success with Vikings Juniors and again with Vikings Seniors until as recently as 2007.

Phil was a long-time sailor who reached the rank of Chief Petty Office in the RAN as one of the Navy’s best chefs and continued that career as a personal chef to several ambassadors and highly ranked military officials. His culinary skills were legendary and all at the club appreciated when he was in charge of food preparation at several Vikings events and camps.

Phil’s family were all heavily involved in the life of the club. Phil’s son Tyson Burrell had a long career playing Juniors and then won a Colts premiership with the Senior club in 2006.

Phil’s amazing parents John and Ethel were also integral in the emergence of Vikings Rugby deservedly sharing the ‘Clubman of the Year’ award in 1987 for their services as volunteers, most notably running the game day canteen and helping many a young rugby player settle in at the club.

Our perpetual ‘Forward Encouragement Award’ was named after the Burrell family such was their wonderful contribution.

From all at Vikings Rugby; deepest condolences to John, Ethel, Helen, Tyson, Amy, Emily and Alexis and to all of Phil’s extended family and friends.